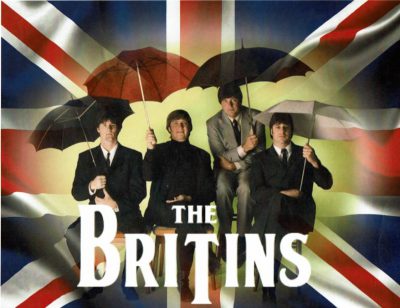 The event will start off with a softball tournament made up of teams from the Dodge County Firefighters Association.  On Friday evening one of the highlights of the weekend will be a Fish Fry featuring Jug’s Hitching Post Fish.  Following the Fish Fry will be the interview and judging and the coronation of the Dodge County Firefighters Tournament Queen.  In the Big Tent will be music featuring THE BRITINS a Beatles Tribute Band.  THE BRITINS were formed in 1977, making them one of first Beatles Tribute Shows in U.S.  The band has performed throughout the U.S. and in Mexico as well.  They have worked with a variety of 60’s groups, such as Herman’s Hermits, Detroit Wheels Buckingham’s and many more.  The members wear the same clothing and gear as the Beatles did in the various periods of music.  In the pavilion local celebrity Fooz-Generic DJ will be providing entertainment and great fun. 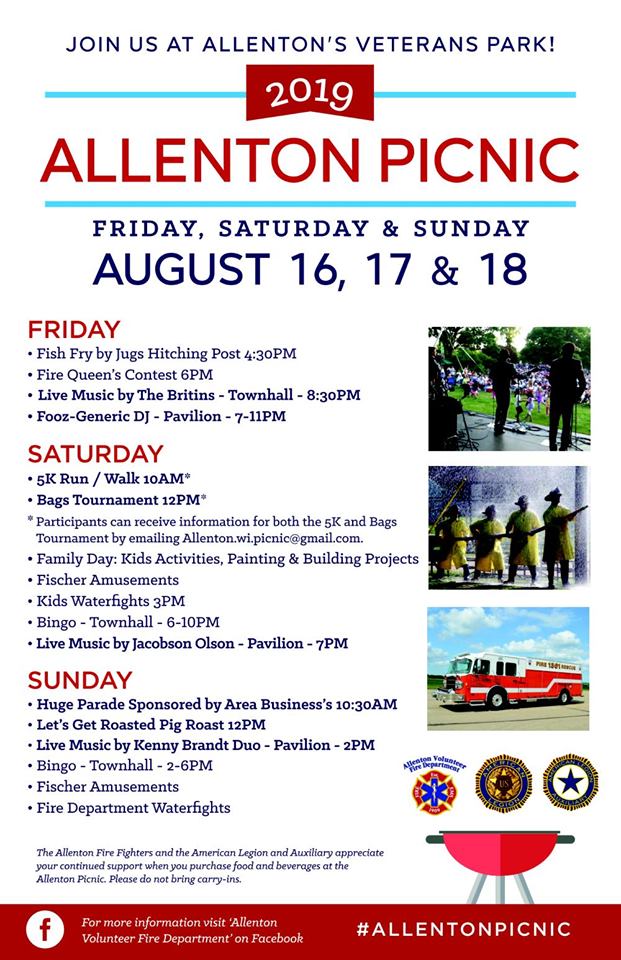 Saturday, August 17 begins with the 5K Run /Walk at 10 a.m. followed by the Bags Tournament. 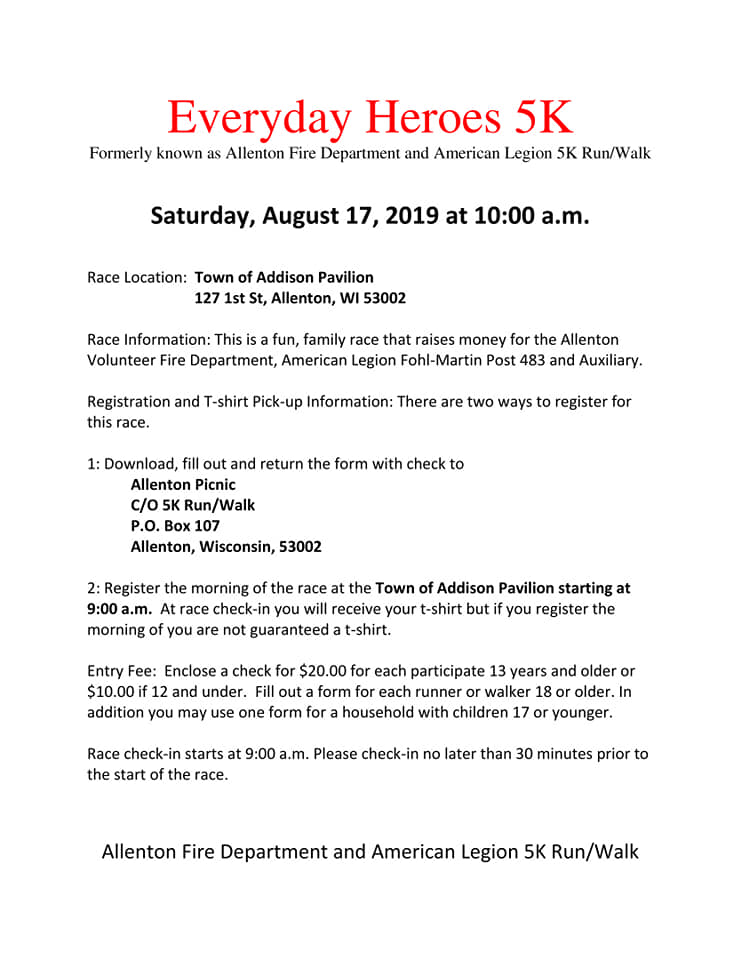 Saturday will be a day filled with activities for all sorts of age groups.   At 10 a.m., the 5K Run/Walk will begin, which will be followed by a Bags Tournament in the big tent.  Participants for either event can register the day of or email to [email protected].  In the afternoon there will be many activities for kids to do along with some that parents can join them with.  Kid’s only water fights will begin at 3:00 pm.  The evening will be active with bingo in the town hall starting 6 to 10 pm and Allenton’s very talented Jacob Olson will be performing in the pavilion.  Championship softball games should be held around 3:00 pm featuring the finest Dodge County fire department softball teams.

The biggest day of the event is of course will be Sunday.  Allenton has been known to provide one of the most entertaining parades in southeastern Wisconsin. 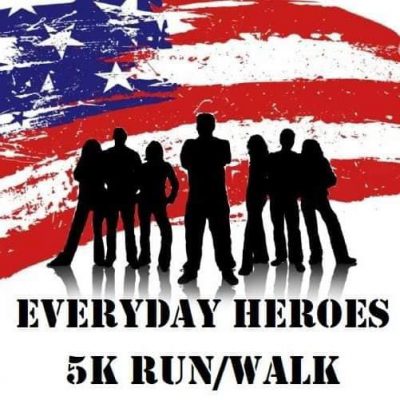 The wrap up to this annual family-fun weekend will start with a huge parade on Sunday sponsored by area businesses. Catch some great bands and Whistle on Wheels Calliope before the parade steps off.

Below is a look at the 2018 Allenton Parade. 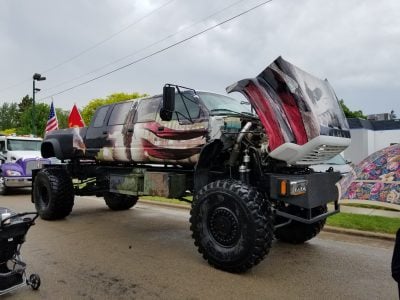 Of course all during the weekend will be great hamburgers, Gehring’s brats, cheese curds and much more along with refreshments.  The entire weekend of fun and entertainment will occur at the Allenton’s Veterans Park on First Street, one block south of WI-33.