West Bend, WI – Instead of a parade on Memorial Day, Monday, May 25 and weather permitting neighbors in West Bend are welcome to join in on a planned driving tour of cemeteries in the community. 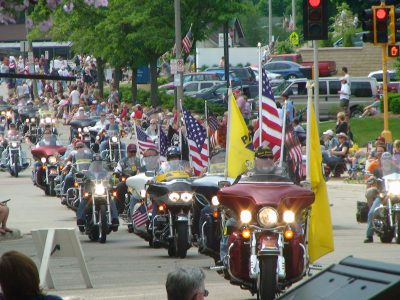 The driving tour will head to Union Cemetery at Hickory Street and Tenth Street then to Pilgrims Rest Cemetery at 11th Avenue and Chestnut Street, followed by Washington County Memorial Park at 18th Avenue and Paradise Drive and then to Holy Angel’s Cemetery on S. Main Street and Decorah Road and return to the Old Courthouse Square at Sixth Avenue and Poplar Street.

”Anyone that would like to join us certainly may, following all traffic laws, stop signs etc.,” said veteran Vrana. ”The Patriot Riders and Legion Riders plan to attend.”

The event is NOT open to the public.

West Bend will be hosting a Memorial Day program at 10:30 a.m. Monday, May 25. The event will be held at the Old Courthouse Plaza on Fifth Avenue and Poplar Street. 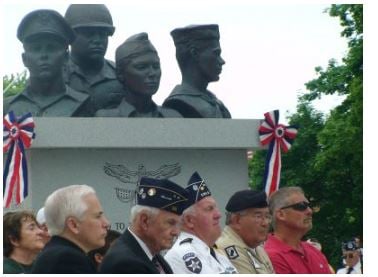 Scott Mindel will act as Master of Ceremonies.

Joel Hausmann will lead the audience with the song, “God Bless the U. S. A,” by Lee Greenwood.
America the Beautiful and the reading of the Preamble to the U.S. Constitution will be presented by Samantha Hillshafer. Hasti Ghasemivaghar will read the Gettysburg Address and Shayla Loiacono will be reading the poem, “In Flanders Fields.”
The keynote speaker for the Memorial Day program will be U.S. Air Force veteran Richard Lindbeck.
Pastor Joseph Fisher of Pilgrim Lutheran Church, West Bend will be offering the Opening and Closing prayers.
Gold Star families will be honored at this event.
The event with be live-streamed at WashingtonCountyInsider.com.
Local cable will rebroadcast the program.
In case of inclement weather, the program will be held at the American Legion Hall, 712 Park Avenue, West Bend.