Washington Co., WI – Kilian McDonald’s is partnering with the U.S. Marine Corps Recruiting Office to raise money for the Pearson family children of Slinger during a campaign titled “Operation Love” that will run July 23, 2021 – August 6, 2021. 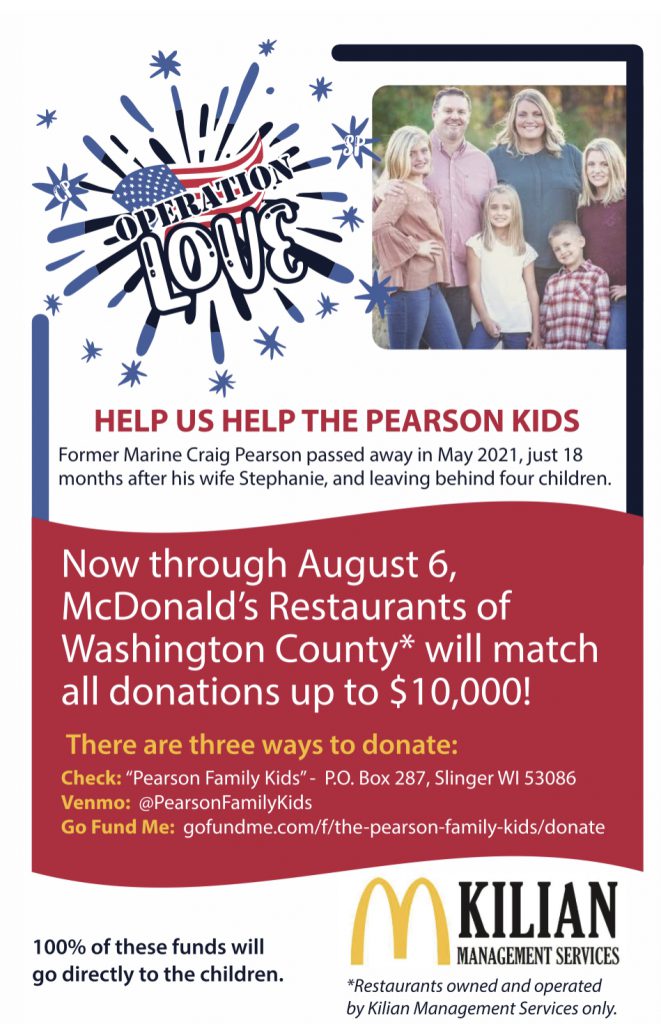 To close out the most patriotic month of the year, six McDonald’s Restaurants in Washington County and the U.S. Marines have joined forces in support of the Pearson family, who recently experienced unbearable loss with the death of both parents within the past two years.

Starting Friday, July 23 through Friday, August 6, all donations will be twice as meaningful to the four children of the late Craig and Stephanie Pearson as these McDonald’s Restaurants, owned and operated by Kilian Management Services, will match all donations up to $10,000.

There are three ways for the community to donate:

Craig Pearson was a former Lance Corporal in the U.S. Marines and served several tours of duty overseas.

When McDonald’s owner/operators Steve Kilian and Steve Kilian Jr. learned of Craig’s service they reached out to the Marine Corps Recruiting Office of Washington County to brainstorm a way to honor Pearson’s service and help his children Adeline, 15, Brookelyn, 14, Cadence, 11, and Andrew, 9. 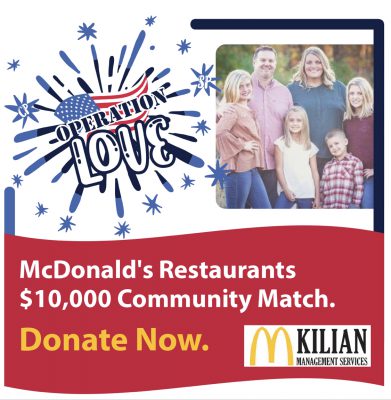 The Marine Corps will be distributing flyers in McDonald’s Restaurants to call attention to “Operation Love” and tell the community very dollar counts and will be twice as impactful with the McDonald’s match.

“The community wrapped its arms around the family when news of the tragedy became public, but as expected, the initial flurry of activity has quieted since May,” said Scott Stortz, Pearson family friend. “We hope to call attention to the need again so we can reach some in the community who just didn’t hear initially or who would want to support again. We know Craig would have been so touched the Marines and McDonald’s are coming to the aid of his family at this time.”

Stortz added, “Craig’s favorite holiday was Fourth of July. He was a true patriot.”