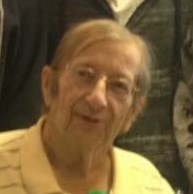 April 19, 2017 – Mayville, WI – Jacob “Jack” J. Weiland, age 69, passed away peacefully on Saturday, April 15, 2017 at the Crossroads in Mayville, WI.  He was born on February 10, 1948, in Thiensville, WI to Jacob and Irene (nee Altenburg) Weiland.  He proudly served in the United States Army.  Jack enjoyed going to Slinger races, watching the Packers, older and larger cars, fishing and drinking!  Jack always made himself available to others, whenever someone needed him, he was there!  Above all, Jack, loved his children and grandchildren very much!

A special thank you to the staff of Heartland Hospice and Crossroads of Mayville.