August 1, 2020 – West Bend, WI – A bit of West Bend history was unearthed this week as the six Fiberglas fuel storage tanks were pulled out of the ground near the old Fleet Farm gas station.

Because of the springs underneath the property the tanks were buried under four feet of gravel and sand and a layer of heavy concrete was placed on top of that.

In order to remove the tanks safely an environmental crew pumped out 7,000 gallons of water.  “As the gravel is removed, the tanks will start to float up to the top,” Spartz said. “It is a little dangerous with the ground and shift soils. You also have to be careful when you open the tank to monitor the gases.” 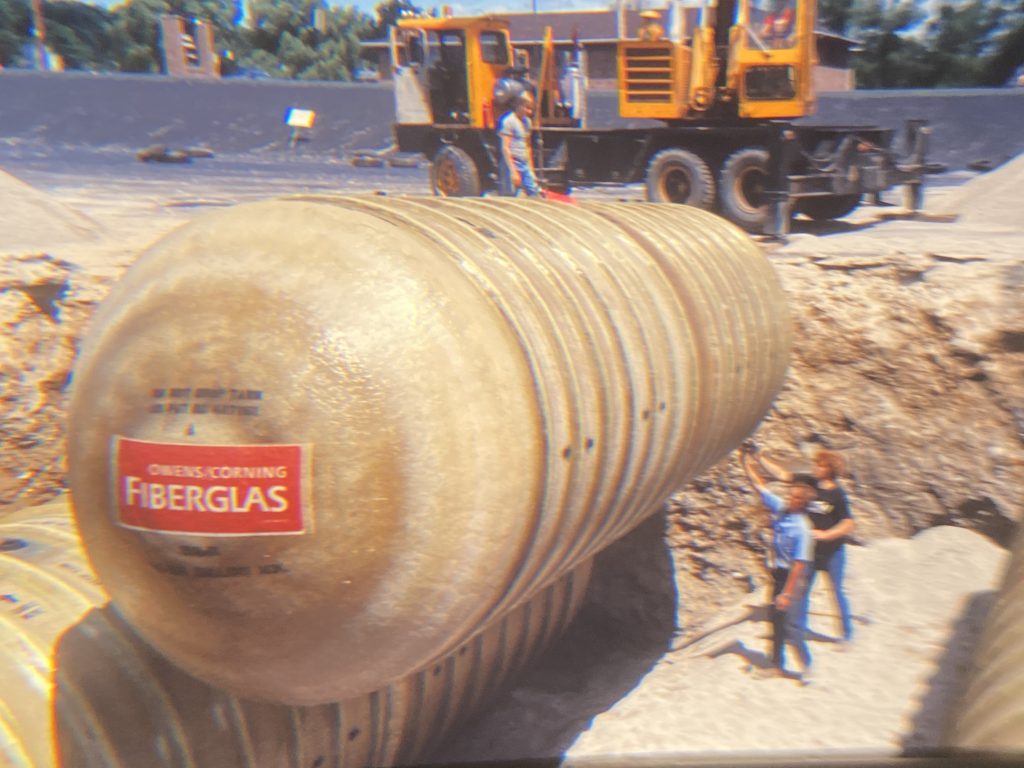 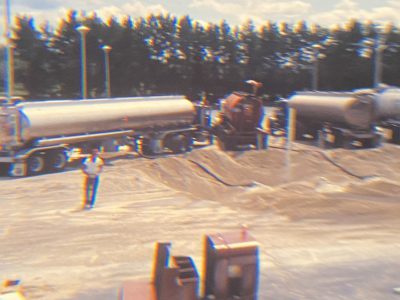 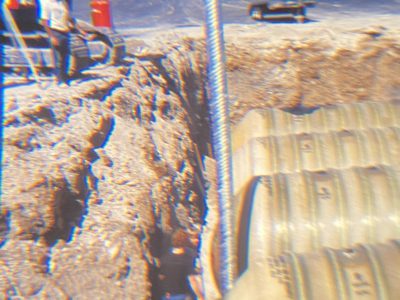 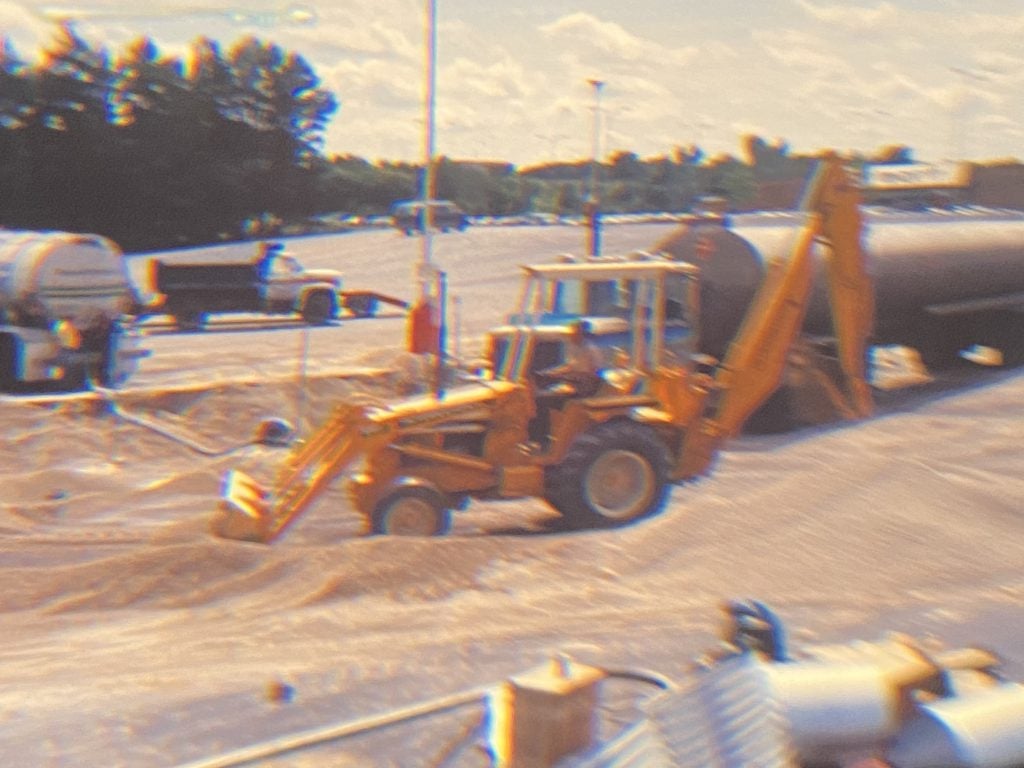 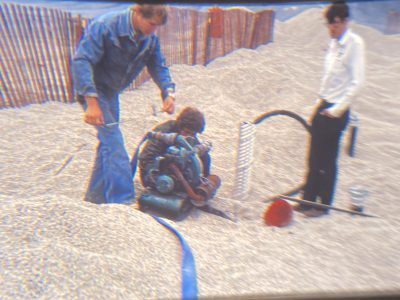 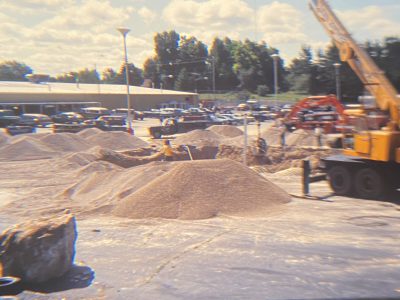 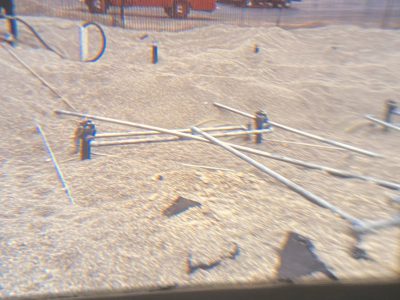 Can you see the red top of Pizza Hut? And did you notice the watertower is white? 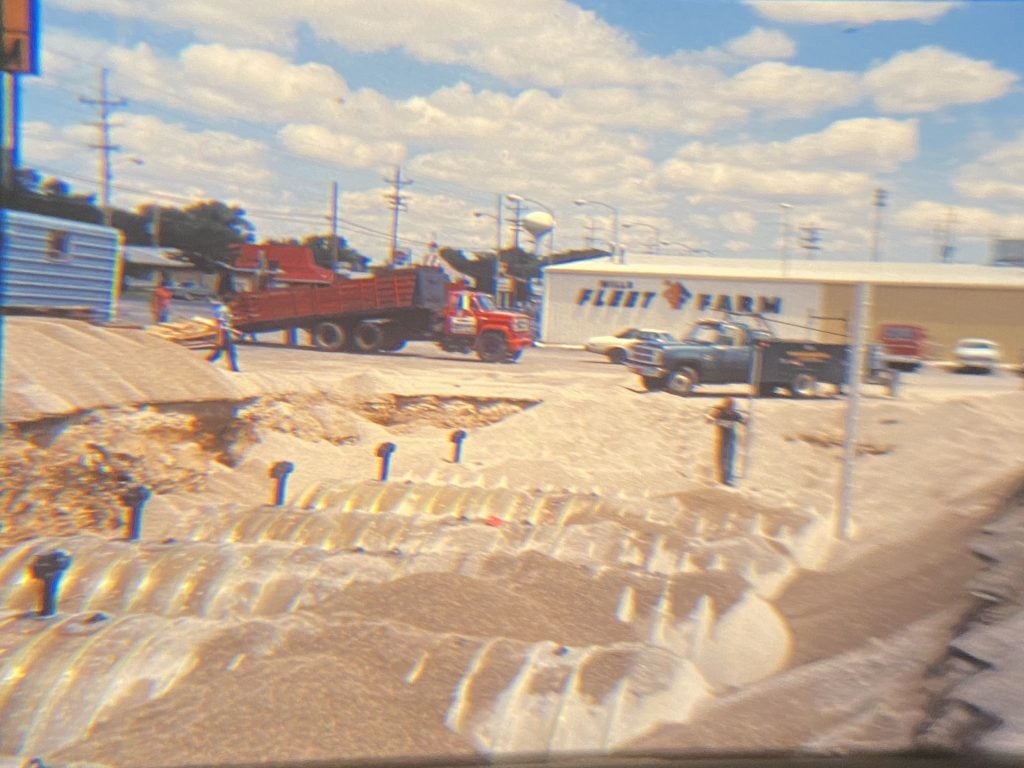 What is the brown oval sign at the intersection and which direction is this photo facing? 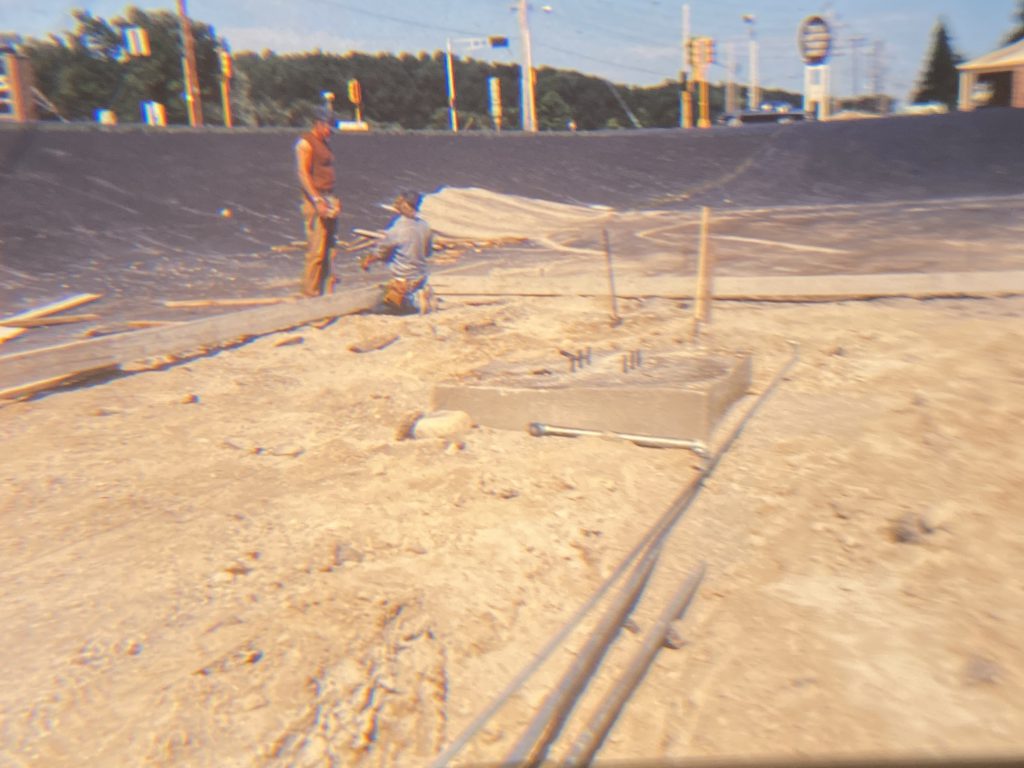 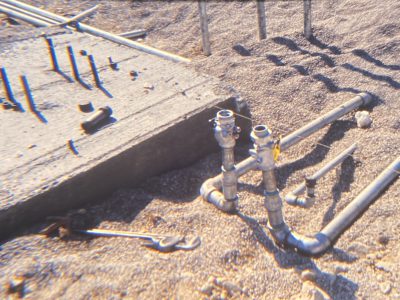 Can you spot the sign for Dick’s Pizza across the street? Local historians will have a field day with the photo below.  There are several popular establishments that are no longer there. Car buffs will be able to place the make and model of some of the wood paneling on the sides of vehicles and even the Mills sign is abover the old street side Fleet Farm sign. Click HERE for a video on preparing to dig up the old fuel tanks.