A Winter Weather Advisory means that periods of snow, sleet or freezing rain will cause travel difficulties. Expect slippery roads and limited visibility, and use caution while driving.

Scott Schmidt with the Washington County Highway Department said plows are ready to go. “It’s not expected to be really that bad of a storm and road temperatures are up so not much is expected to stick to the roadway,” he said. 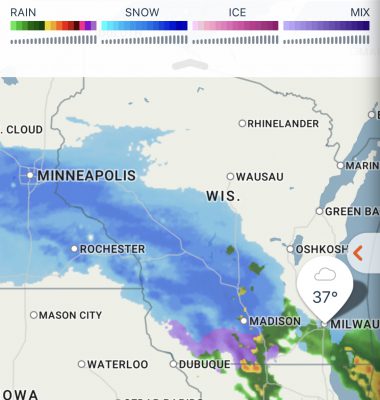 The county never removed blades from the plows. Schmidt said they did take off some of the wings but they’re ready for today. “We’re expecting 1.5 to 2-inches of snow,” he said.

Below is information from the National Weather Service:

* WHERE…Portions of east central, south central and southeast Wisconsin, generally north of a Lone Rock to Madison to Milwaukee line.

On a history note, do you remember when the latest snowstorm was in Washington County?

On May 10, 1990, eastern Wisconsin experienced its latest snowstorm on record.  The snow was very wet and heavy, and unfortunately it occurred when most trees and other plants had just leafed out for the new season.  As a result, thousands of trees and tree branches came down under the weight of the heavy snow.  Many power-lines snapped as the trees/branches came down.

I remember working at the West Bend radio station when it was on top of the hill at Indiana and Decorah. Bob Bonefant and I got to work early and then it hit. Our cars were buried and we slid down the hill to slog across the road to Pat’s Jiffy Stop just to get some food because we couldn’t go anywhere.

I remember we had a bird’s nest in the front yard and the snow piled on top and killed all the baby birds.

Power lines were down and tree branches broke under the weight of the snow. I think we got over 10 inches of snow that day on May 10. 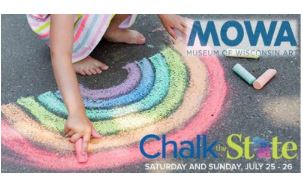