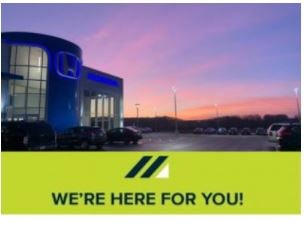 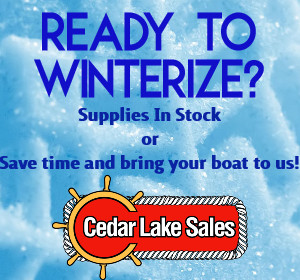 Letters to the Editor Archive

September 15, 2020 – West Bend, WI – My vote on November 3 will go to President Trump. I agree with his basic premise of America first. As a country, we really  have to take care of our own problems before we can effectively deal with others. President Trump
Continue Reading
September 11, 2020 – Washington Co., WI – Recently I have heard from a number of Conservatives/Republicans, having doubts about Pres. Trump. Very disturbing. I do not like some of his tactics, verbiage and temperament. He is a “shoot-from-the-hip” type and can be blunt not mincing words. His demeaner
Continue Reading
September 9, 2020 – Washington Co., WI – With Congressman Jim Sensenbrenner retiring from his fifth Congressional seat, it’s tremendously important that citizens get an open and informed view of the prospective candidates to replace him. A debate (or two) between Democrat candidate Tom Palzewicz and Republican Scott Fitzgerald
Continue Reading
September 9, 2020 – Washington Co., WI – I read Carroll Merry’s comments regarding the efforts to getting a recall started to remove Governor Evers and he is right on. Efforts would be better spent on getting Republicans elected into the State Senate and Assembly, and into both chambers
Continue Reading
September 2, 2020 – Germantown, WI – While doing business errands today I noticed a make-shift corner display with some very well-meaning citizens asking passers-by to stop and sign a recall petition against Governor Tony Evers and Lt. Governor Mandella Barnes. My first thought was ‘good for them’ for
Continue Reading
August 28, 2020 – West Bend, WI – I recently took a look at a survey conducted by the Pew Research Center that came out the first week in August.  It revealed why voters support either President Trump or Joe Biden. The survey listed various important traits of a
Continue Reading
August 12, 2020 – Town of Erin, WI – A copy of the letter that was sent to the Town Clerk regarding Rustic Road 33 has been forwarded and posted below courtesy Michael Meidel. Dear Erin Town Clerk, I am unable to attend the Board meeting on the evening
Continue Reading
August 10, 2020 – Town of Erin, WI – A daily commute on Hartford’s “Rustic Roads,” can readily be appreciated as a scenic “Sunday drive,” in most cases.  Its majestic trees and winding roads calm busy motorists day after day. That’s why travelers come to the Holy Hill Area
Continue Reading
August 9, 2020 – Germantown, WI – So, you can’t vote for President Trump because of the tone of his Tweets? But are you okay with how he put America back to work and our record low unemployment? And he is bringing jobs back from the COVID impact! How
Continue Reading
July 28, 2020 – West Bend, WI – Dear Editor. I write to alert people about the primary election Tuesday, August 11. With the retirement of 5th district Congressman Jim Sensenbrenner, we have an open seat with two Republican candidates- Cliff DeTemple and Scott Fitzgerald (long time state senator)
Continue Reading
July 19, 2020 – Richfield, WI = As I listen to the anti Trump hate, I wonder if anyone wants a President that will fight for the people. I can’t and will not vote to have my rights taken away. Here are some of the reasons I will not
Continue Reading
July 9, ,2020 – Washington Co., WI – As contractors know, in Wisconsin most commercial building plans must be reviewed by the Wisconsin Department of Safety and Professional Standards (DSPS), or to a delegated local unit of government.   In the best of times, these reviews cost a little bit
Continue Reading
July 7, 2020 – West Bend, WI – As a past school board candidate for West Bend, there are several things happening in schools for which I would like to speak.  Let us start with BLM demands to oust police presence. Just a few years ago, after high-profile school
Continue Reading
July 6, 2020 – Allenton, WI – A hugh thanks too everyone that came out and supported Fohl-Martin American Legion Post brat fry. Plus a hugh thanks to all the volunteered. The money raised goes to our post scholarships, various Veterans organizations, maintaining the Legion Post, and many other
Continue Reading
July 4, 2020 – West Bend, WI – My Fellow West Benders, Happy Independence Day to all in the great City of West Bend! We are truly blessed by an Almighty power to live in a country that embraces our freedom and liberty as Americans. We are reminded of
Continue Reading
July 1, 2020 – Slinger, WI – The 2020 Washington County fair was cancelled. For some that simply means no rides, no cotton candy, and no great music. For others, it means a fair project came to an abrupt halt with little to no guidance. While some youth projects
Continue Reading
April 18, 2020 – West Bend, WI – The West Bend School Board meeting on April 13 was a splendid example of what can be accomplished when stakeholders publicly speak up. The school board violated Policy 187 by announcing in the original agenda that “The topic for comments must
Continue Reading
April 14, 2020 – Antioch, Ill – Good Day, My name is Leo Kalisz from Antioch,IL which is just south of the Illinois / Wisconsin border just south of Trevor, Wisconsin and a half hour southwest of Kenosha, WI. I just finished reading your delightful and romantic story about
Continue Reading
April 5, 2020 – West Bend, WI – I am voting for only one candidate for West Bend School Board – true conservative, Jody Geenen. She is honest, accountable, transparent, smart, and works hard.   While on the board (2011-17), I voted on the merits of each proposal and
Continue Reading
April 3, 2020 – Slinger, WI – We are living in unprecedented times during the Coronavirus outbreak. The public, now more than ever, is relying on our elected officials, and administration at all levels of government to make the right decisions and take preventative steps to protect their constituents
Continue Reading