One man with his eye on the sky is West Bend native and former NASA employee Tom Sarko. 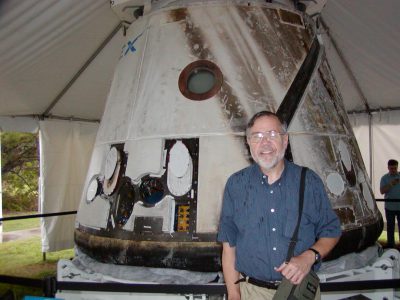 Sarko also served, for 10 years, as a Regional Resource Person for the Smithsonian Institution’s National Air and Space Museum and as a resource agent in “SPICA” (the Support Program for Instructional Competency in Astronomy) for the Harvard-Smithsonian Center for Astrophysics. 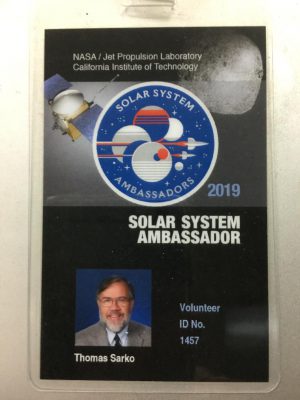 Sarko graduated WBHS in 1971. He said his interest in space flight and aviation was sparked when he was about 5 years old and remembers standing in his backyard a couple blocks off Lighthouse Lane in an area called Sleepy Hollow; a country road off Highway 45. 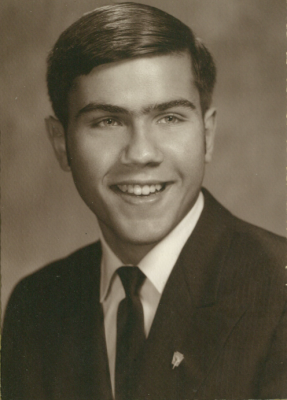 “It was nice and dark with big farm fields out back and less than a dozen houses and I think I saw Sputnik go over,” said Sarko.

Space travel was big news in the 1950s. Sarko remembered keeping scrapbooks of newspaper photos from the Milwaukee Journal and Milwaukee Sentinel of John Glenn and Alan Shepherd. His dad was an army aviator in the Wisconsin National Guard.

“There was news about how the Russians had beat us and they were first to put a man into space as well,” he said.

Sarko is excited about today’s launch. He said there are two key milestones to this event. “This is the first joint venture between the two private companies SpaceX and Bowing and NASA and it is the first time the US has put astronauts into space from American soil since the shuttle program ended in 2011,” he said. 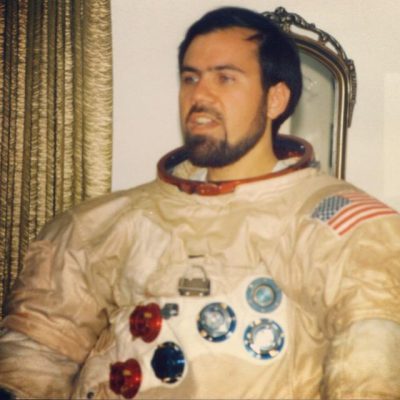 Sarko said a lot of factors played into the nine-year hiatus in the NASA program.

“When the shuttle was retired for budget and safety reasons there was no backup space craft under development at that time,” he said. “When you’re starting from scratch it takes about 10 years to develop a space craft and get all the testing done. That is not too unusual but it’s too bad there wasn’t a plan in place to have a shorter transition.”

Sarko said essentially NASA didn’t have anything underway until the shuttle was retired in 2011. 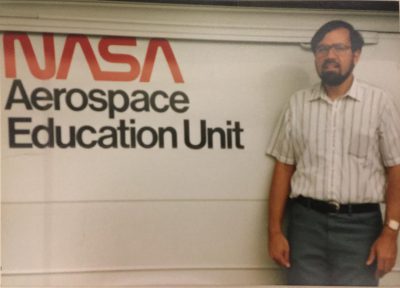 A veteran of rocket launches, Sarko has witnessed 72 launches and said it never gets old. Two things to keep an eye on with today’s launch include the media coverage and certain aspects different from traditional NASA launches.

“The flight suits look like something out of science fiction. They’re white and modern; very sci-fi,” said Sarko.  “The crews are being driven to the launch pad in vehicles that are Tesla’s with NASA insignia.

“Their launch pad is very historic. It’s pad 39-A which is just about all the Saturn 5 and most of the shuttle launches have taken off from.  It’s owned by NASA but SpaceX has a lease to use the pad.”

Sarko said with the “modern sci-fi look and the countdown it will be just as exciting because there’s still an element of risk.” 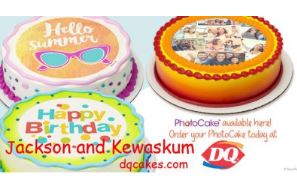 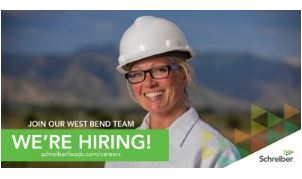