Feb. 27, 2017 – West Bend, WI – State Representative Bob Gannon (R-West Bend) will be speaking to the West Bend Sunrise Rotary on Tuesday about a directive from the Rotary International Board that forbids local clubs from participating in events that relate to guns.

Some of the suggested events include gun shows, shooting events, gun raffles, etc.

During a one-on-one interview Monday morning Gannon said he learned about the decision by Rotary International last week.

“Rotary International has every right to act like a mini United Nations, but I also have the right to no longer support them.”

Gannon said Bill and Melinda Gates have been generous donors in the fight to eradicate Polio, which is one of the primary missions of Rotary International.

Gannon also said Gates and his wife are “big funders of the anti-gun movement.”

“I hope the money from donors like them isn’t influencing what once was a great organization,” he said of the Rotary.

During Tuesday’s meeting Gannon, a well-known advocate of concealed carry, said he plans to announce his intentions to take a leave of absence from the West Bend Sunrise Rotary Club, with the expectation that this will lead to a permanent resignation.

“I am not going to be told as a volunteer in my community that I can do this or can’t do that,” he said. “It’s disappointing to note that that little bit of international assistance we give out comes with heavy rules.”

Gannon did not know how much of the proceeds from their club’s fundraising go to Rotary International.

Gannon said his action to step out is directly due to a recent Rotary International Board decision that forbids local clubs from participating in events that relate to the subject of guns. “This would include Wal-Mart, Fleet Farm, the local hardware store, and all other gun and ammunition sellers which are no longer good enough to donate and support my Rotary Club going forward,” said Gannon.

This new regulation also forbids clubs from accepting “sponsorships or a cooperative relationship” with any company that “supports the use of weapons.”

Gannon felt that directive would also threaten the great relationship that all the local Rotary’s have with Delta Defense/United States Conceal Carry Association.

“This company has been a fabulous local corporate citizen, and one which has always been there to help when called upon. Their business is focused solely around assisting “responsibly armed citizens” and exists as a reminder of what the second amendment to our constitution means,” said Gannon.

Tim Schmidt, founder and CEO of Delta Defense/USCCA was reached for comment. He said he was not aware of the decision by Rotary International.

“Rotary International is a private organizations and thus has the right to create whatever rules suit their organization,” said Schmidt. “I personally think that a rule banning relationships with gun-related events is rather strange.”

On Tuesday Gannon will ask the West Bend Sunrise Rotary to send a resolution to the Rotary International Board advising them to rescind their actions or that we will consider no longer operating under the Rotary banner.

Neither Gannon nor Sunrise Rotary President Adam Hertel could answer whether businesses that supported concealed carry would also be included in this directive.

“The article from the Rotary really didn’t address concealed carry and I’m not sure it’s on the same level as selling guns or using guns,” said Hertel. “I’ll have to think about that.”

Hertel admitted he needs to review the issue closer but said he was a bit bothered by a policy-making decision from Rotary International and how “it now affects how local fundraising is done our little town.”

“On the surface it seems that shouldn’t be affecting us,” said Hertel. “Especially since we’re an organization that’s designed to do good.”

West Bend also has a Noon Rotary. President Kellie Boone said she had not heard of the directive by Rotary International. During a Monday evening social, other Noon Rotary members were surprised by the news. Boone said the issue will be discussed at their next meeting.

Attempts to obtain comment from Rotary International were unsuccessful. We’ll bring you those comments when they become available.

The decision from Rotary International is posted below. 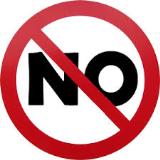 From Rotary International:
We have learned that a few Rotary clubs are sponsoring or hosting gun and knife shows, shooting tournaments and hunts and are using Rotary’s  trademarks on materials for these events. As you may know, the RI Board has set forth guidelines for use of the Rotary Marks by Rotary clubs for sponsorship and cooperative relationship purposes, and this policy prohibits clubs from accepting relationships that support the use of harmful products, including weapons and other armaments; see the relevant Rotary Code of Policies Section below.
We believe the RI Board would not take kindly upon knowing that Rotary clubs are sponsoring or hosting gun and knife shows or that the clubs are hosting or sponsoring shooting tournaments and hunts. We would appreciate your assistance in passing on this information to the clubs in your areas and, if you would, ask any clubs that may already be sponsoring or hosting gun/knife shows, shooting tournaments and/or hunts to cease such activity.
Per 11.020.6. Guidelines for Use of Rotary Marks by Rotary Clubs, Rotary Districts and Other Rotary Entities for Sponsorship and Cooperative Relationship Purposes

20. No Rotary club(s), Rotary district(s) or other Rotary Entity shall accept a sponsorship or a cooperative relationship that

a. Conflicts with Rotary’s ethical and humanitarian values

c. Supports the use of addictive or harmful products and activities including but not limited to alcohol (when inappropriate in a specific cultural context), tobacco, gambling, and weapons or other armaments

f. Unfairly discriminates based on race, ethnicity, gender, language,religion, political or other opinion, national or social origin, property, or birth or other status

g. Weakens the autonomy, independence, reputation, or financial integrity of Rotary International, The Rotary Foundation, or the specific Rotary club, district or other Rotary entity

h. Involves any subject matter which is not in accord with the Object of Rotary

Please note that  the U.S. Rotary club and district liability insurance program does not provide coverage to its insured for activities that are in conflict with the Rotary Code of Policies.