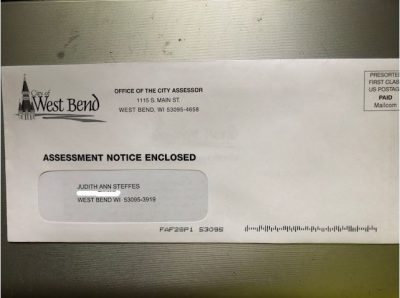 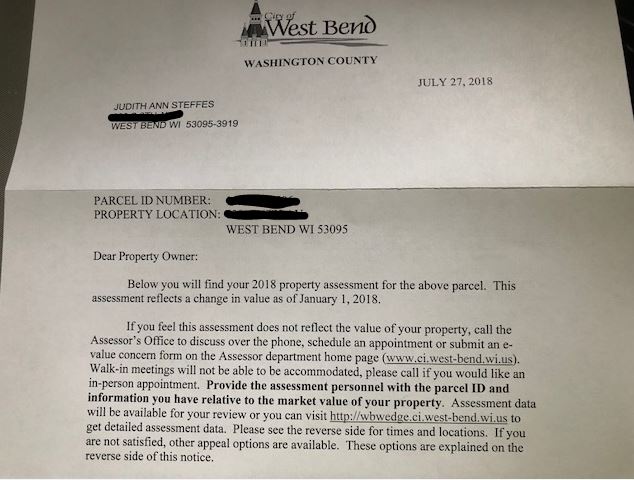 There are several steps to take if you want to appeal the assessment.

If you’re looking for some help with your appeal click HERE for a 2018 guide for property owners.

Click HERE if you want to take a look at the form to appeal personal property assessment.

Keep in mind – The city did explore an advisory referendum with a wheel tax or a property tax increase or asking Washington County for a share of its sales tax. A final decision is still pending  to determine how to pay for more road improvements in the City of West Bend.

There’s also the possible November referendum for the West Bend School District. A decision will likely be made to move forward with the referendum in the next few weeks. The early number being thrown about is a $50 million referendum however that’s without taxes and interest and it would be placed on top of the $130 million the district still has outstanding with current referendum debt.

So that total would be brought to more than $180 million in outstanding referendum debt for the school district alone.  A representative from Baird is supposed to give an update in a couple of weeks.

Finally, remember your property tax bill is made up of taxes to be paid to the city, county, school district, Moraine Park Technical College and the state.

It appears the last city-wide revaluation was in 2010. 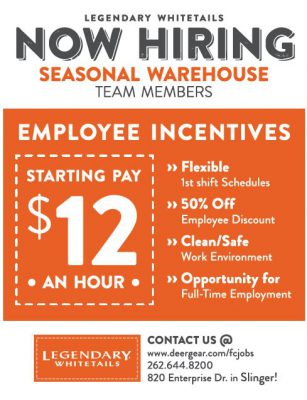