December 5, 2019 – Washington Co., WI – A 41-year-old Beaver Dam man was arrested on multiple charges Wednesday, Dec. 4 at 1:10 p.m. after the Washington County Sheriff’s Office received a report of a car traveling recklessly at a high rate of speed. 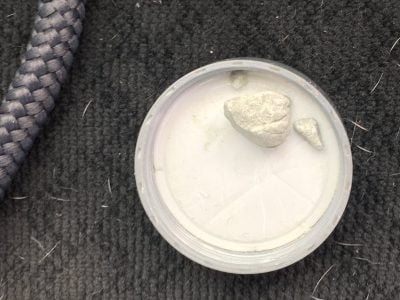 Reports were the car nearly caused several accidents in the area of I41 and STH 33 in the Town of Addison. The Sheriff’s Office is appreciative of the alert citizen who called 911 and followed the car until he could be stopped by law enforcement. The citizen followed the car on STH 33 to the Dodge County line at which point the suspect vehicle turned back around and began driving back into Washington County towards a Washington County Sheriff’s Deputy who was responding to the call. The car was subsequently stopped.

The diligent deputy became suspicious and contacted the brother on the telephone who verified it was most likely his brother posing as him. The deputy also recognized signs of opiate impairment on the driver. The driver was subsequently arrested for OWI for being impaired by drugs. As a result of the arrest, a search for evidence of his impairment was conducted and a white rock-like substance was located along with other drug paraphernalia.

The suspect warned the deputy that the substance was fentanyl. A fentanyl test kit was also located in the vehicle.

Less than five weeks ago, the suspect was arrested by Washington County Sheriff’s Deputies for OWI, Operating a Motor Vehicle without Consent, Possession of Narcotics, and Bail Jumping.

As a result of that stop, as well as previous arrests the suspect was currently out on bond. Washington County Sheriff Martin Schulteis said, “It does not matter if it is the middle of the night or the middle of the day, our deputies, assisted by alert citizens, are out there in relentless pursuit of those that choose to endanger the public by possessing deadly substances and driving while impaired.”

The suspect was booked in at the Washington County Jail for Possession of Fentanyl, Possession of Drug Paraphernalia, Bail Jumping, Obstructing, OWI, and Operating without a Valid License and remains in custody.