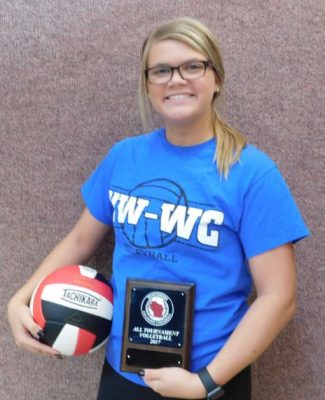 There were 12 teams that participated in the State Tournament and only six players were voted to the All –Tournament team.

“Courtney had a wonderful tournament,” said coach Deb Butschlick.  “She played every point as it was the last point of the match.  As a returning player, Courtney already knew what was excepted of her during the tournament and she performed with great skills and heart.”