Preliminary investigation shows a passenger vehicle being operated by a 33-year-old male was traveling eastbound on County Hwy B.

The passenger vehicle entered the south gravel shoulder of the roadway causing the vehicle to go into a counter-clockwise spin, cross the roadway and enter the north ditch where the vehicle overturned numerous times, ejecting the male driver (lone occupant) into a field.

The driver was transported by EMS to the Beaver Dam Hospital and was later flown via Medflight to Aurora Summit Hospital where he is in critical condition.

Any questions may be directed to Sheriff Dale J. Schmidt. 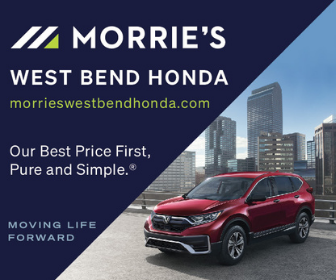 Previous article4th annual Hike to Mary and Feast Day Mass on May 24, 2021 at Holy Hill | By Steve Tennies
Next articleHoricon Bank named Top Workplace in Wisconsin for 9th year in a row | By Amy Banaszak