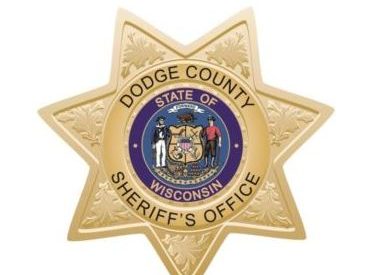 August 8, 2018 – Township of Lebanon, WI – The Dodge County Sheriff’s Office is investigating a fatal traffic crash involving a motorcycle and one occupant.

At about 1:48 p.m. on Wednesday, Aug. 8 the Dodge County Sheriff’s Office received a report of one motorcycle off the road with a rider lying nearby that appeared deceased.

The crash occurred on County Highway R near County Highway MM (west)/Smith Rd. in the Township of Lebanon, or about 4 miles northeast of Watertown.   Upon arrival, responders found a male deceased near a motorcycle.  No other occupants were located.

The crash is under investigation, but evidence indicated the cycle had been northbound on CTH R, failed to negotiate a left-hand curve, entered the right/east ditch, and was ejected.  Both the cycle and occupant came to rest in a cattail marshy area.

Assisting at the crash scene were Lebanon Fire and EMS, Watertown Fire Dept. Paramedics, Wisconsin State Patrol, Dodge County Medical Examiner’s Office, and the sheriff’s office Chaplain.  Relative notification and positive identification are still in progress.  The identity of the deceased will not be released for at least 24 hours.