January 29, 2021 – Beaver Dam, WI – On Thursday, January 28, 2021, at about 6:20 p.m., the Beaver Dam Fire Department was notified by Dodge County Central Communications of a structure fire at 108 Lakecrest Drive in the City of Beaver Dam. This address is a 16-unit 2-story apartment building.

Initial information provided by dispatch indicated there were multiple reports the building was on fire. 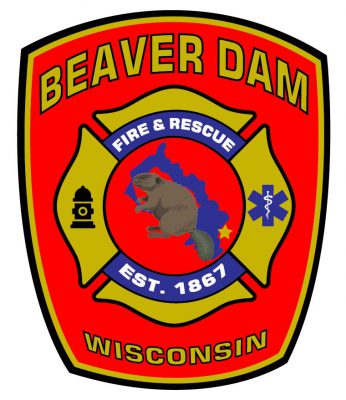 Police units arrived and assisted evacuating people from the building and preventing re-entry. Chief Alan Mannel arrived to find heavy fire conditions coming from a second story window on the street side of the building. Fire units arrived and deployed three hose lines from Engine 1262 and Truck 1271.
MABAS Box alarm 12-10-8 was initially called to the working still level then upgraded to box alarm level.
There were no reports of injuries to any occupants or firefighters.
Beaver Dam Firefighters were assisted on the scene by mutual aid from Burnette, Columbus, Fox Lake, Horicon, Juneau, Lowell, Clyman, and Waupun Fire Departments. We were also assisted by Dodge County DECERT, the Beaver Dam Auxiliary, and the Community Activities & Services Watermark and staff. Hustisford Fire and Watertown E.M.S. covered the City while others were on scene and answered one EMS call for us.
The cause of the fire is under routine investigation by the Beaver Dam Police and Fire Dept.
There is no damage estimate yet. The bulk of the fire was confined to apartment 202, however there was smoke damage throughout the building. The building is partially uninhabitable and 15 families were affected. The Red Cross is tending to the needs of those displaced.
Beaver Dam fire units remained on the scene until 9:00 p.m. and all were back in service at 10:00 p.m.