West Bend, WI – American Legion Post 36 of West Bend will be observing Armed Forces Day on Saturday, May 15, by placing over 5,000 flags on veterans graves at cemeteries throughout the county.

“This is a cooperative effort,” said Post Commander Jay Anderson.  “The project includes the American Legion, Sons of American Legion, American Legion Riders and many volunteers. It is the appropriate day for this event where we honor those who serve in the armed forces. We wish to thank those who helped in the past.
The event begins at 9:00 AM. 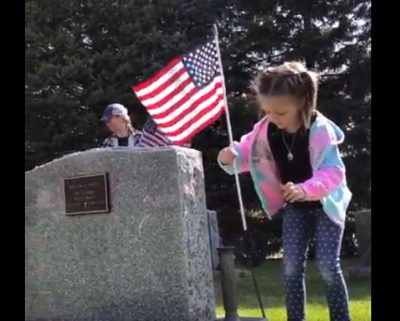 For those willing to help, Terry Vrana will be at Washington County Memorial Park.
Chris Schatz will be at Holy Angels Cemetery.

On that same day, the American Legion will be installing over 300 U. S. flags throughout the downtown area.
The first observance of Armed Forces Day was on May 20, 1950.
It was declared a National Holiday on March 18, 1961.

Previous articleVIDEO | Benefits of taking your vehicle to Auto Safety Center in West Bend
Next articleAnnual Rock River Bierfest is June 12, 2021 in Mayville