Greg was born on October 18, 1948 in Milwaukee to Clarence and Fay Schneider (Hein).  He served in the United States Army from March 20, 1969 to March 13, 1971.  Greg was stationed in Nuremburg Germany.  Upon his return, he was united in marriage to Donna J. Farrell on October 16, 1971 at St. Lawrence Catholic Church in Milwaukee. 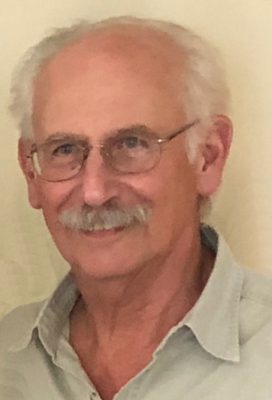 Greg worked at A. O. Smith / Tower Automotive from 1966 until retirement in December 1999.  He enjoyed classic films, old cars, wood and metal work.  He found innovative ways to fix anything, often fabricating his own tools necessary to complete the job.  Greg loved spending time with his grandkids and building and fixing toys for them.

Greg was preceded in death by his parents, Clarence and Fay Schneider; and aunt, Betty Hein; and uncle, Joseph Schneider.

Greg’s family will greet relatives and friends at the funeral home on Monday from 4 p.m. until the time of service.

The family would like to thank the staff of Horizon Home Care and Hospice, especially Nicole and Cornelius for their care and support.

Myrhum-Patten Funeral & Cremation Service has been entrusted with Greg’s arrangements.

Previous articleMan rescued after falling through ice on Pike Lake
Next articleJobs, jobs, jobs at Schreiber Foods in West Bend