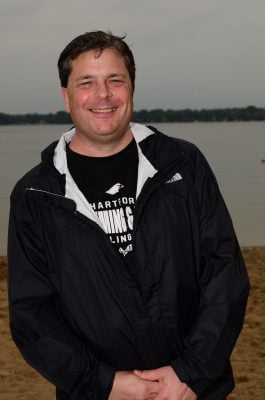 Pete Meinberg has been coaching the girls swim team since 1996. With his 23 years of coaching HUHS girls swimming team they have won:

“I’ve always told my athletes that getting from one end of a swimming pool to the other…fast…is the least important thing you do.   It’s the WAY you get there.  You push yourself harder than you ever thought possible, you discover levels of dedication and perseverance that you never thought possible.

Most importantly, you cheerfully apply those attributes to your studies, your career, and your relationships for the rest of your life.

It is always so gratifying to be acknowledged for that by alumni and parents and coaches, but I’ve learned a lot more from them over all these years than they ever learned from me.  Hopefully, I’ll never want to stop learning.” Coach Pete Meinberg 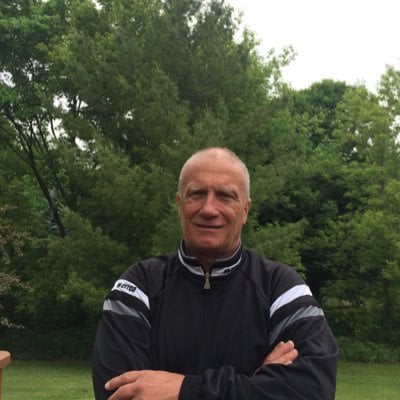 “The opportunity to represent HUHS and the Hartford community all these years exceeded my expectations. That would not have happened without the backing of the HUHS administration, which is something you absolutely need in any coaching position, because without it, this just does not happen. Going forward, I will either be at Independence Park with a youth team, or I will be in the stands as a fan, enjoying the beautiful game, relaxing and watching the players as they develop. As I have mentioned so many times in the past, this was never just about the sport of soccer. Thanks for the memories.”  Coach Jack DeSelm

“Coach Jack DeSelm has been a staple for our soccer program since the 1993 season and Pete Meinberg with our swim program since 1996. We appreciate their dedication and passion for their sport and the time they have spent developing our student-athletes at HUHS. Together, their programs have won over 20 Conference Championships and have made multiple state appearances. The Athletic Department looks forward to the challenge of finding someone to build on the success that both Jack and Pete have built.” Athletic and Activities Director, Scott Helms

These two dedicated coaches will be hard to replace.  To apply, please fill out an application online at https://wecan.education.wisc.edu/#/Employer/3422/Vacancies/2