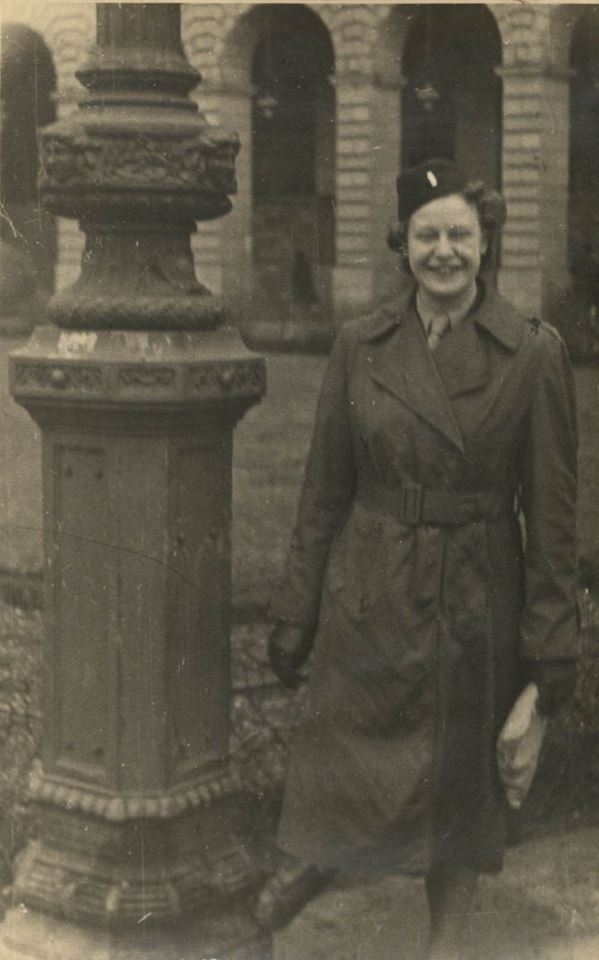 Interfaith Caregivers of Washington County will be recognizing two of their clients during its annual fundraiser October 9 at the West Bend Mutual Prairie Center.  Margaret Behlen, 94, and Alice Bryne, 95, were both nurses in WWII.

“Boy do our volunteers love them, they are a hoot,” said Janean Brudvig, executive director with Interfaith.


This year’s fundraiser is titled “Tea by the Sea”  and it will include celebrity waiters, a huge auction, and seaside appetizers.

Below is a story about Margaret Behlen. The interview was conducted prior to her trip September 2015 on the Stars & Stripes Honor Flight.

Washington County veterans from World War II and the Korean War will take off today on the latest Stars and Stripes Honor Flight. One of the veterans preparing for the trip to Washington D.C. is Army nurse Margaret Behlen of West Bend. 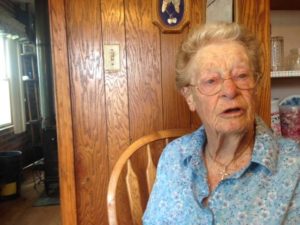 A 1940 graduate of Holy Angels Academy, Behlen was 22 years old when she completed nurses training at Milwaukee County General Hospital and then enlisted in the Army.

“I went up to Fort McCoy in August 1944,” she said. “All the men were overseas and all the nurses I knew were going into the Army.”

Following basic training at Fort McCoy, Behlen was transferred to a post in Illinois and was soon selected to be part of the 199th General Hospital. It was there she earned her stripes with a military nickname.

“They called me Pinky,” she said with a grin. “I think it was because I had a red face and red hair. A woman in the front office named me; she said ‘every unit needs a Pinky’ and I guess I was it.”

Transferred to Providence, Rhode Island, Behlen was then shipped to England. “We were in England for quite a long time and we were scheduled to go to France and open a hospital but the Battle of the Bulge occurred and we had to wait until that was over,” said Behlen

On Christmas day she crossed the English Channel on a ship and took a train to Rennes, France.

“On New Year’s Eve we set up the hospital – we were practically barely in there and getting patients,” she said.

On duty every day Behlen was assigned three or four patients. “You had to talk to them and keep their spirits up,” she said. Night duty, was a different story.

Stationed within 100 miles of the Battle of the Bulge, Behlen recalled she spent most of her time dancing. “Surrounding our hospital there were other units, specifically ones that had parties at night and women were scarce,” she said. “We were always invited to a party at night, if it wasn’t one place it was another.”

Accommodations in the service were what you might expect, according to Behlen. “We had a Quonset hut in England and there were about 20 of us in there,” she said. “It was pretty cold and we had a home stove and we took turns each week starting the fire.” 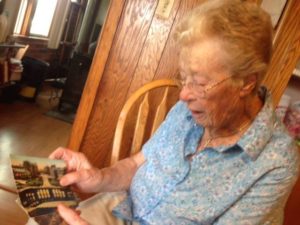 Discharged in 1946 Behlen was assigned to a hospital in Tuscaloosa, Alabama. She said it was an outfit that had a bad reputation. “Drinking was prevalent and some of the white patients were pretty prejudice to black people,” she said.  “There was a saying at the time, ‘Lucky Strike means fine tobacco,’ but we changed that to read ‘Lord save me from Tuscaloosa.’”

Returning home to Milwaukee, Behlen worked for the Veterans Hospital and later met her husband, in all places her mother’s living room. “He was trying to date my younger sister Harriet,” said Behlen. “I talked it over with my sister and I said, ‘if Morris asks you to marry him, would you?’” Harriet said no, so Morris was on Behlen’s radar.

Married and living in Cedarburg for several years the Behlen’s had seven children. She said her son Christopher will be her guardian on Saturday’s flight.

Veterans and their guardians will spend Saturday touring memorials in Washington, D.C., including the World War II, Korean War and Vietnam War memorials as well as the Lincoln Memorial. They will also view the changing of the guard at the Tomb of the Unknown Soldier at Arlington National Cemetery. 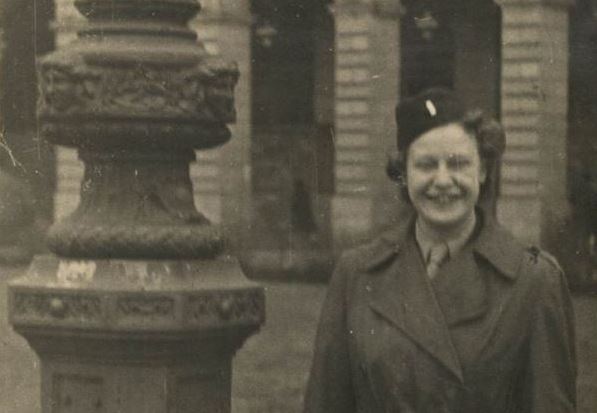