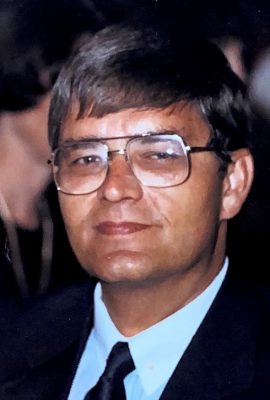 Dave graduated from Pulaski High School Class of 1959 and then attended UW Whitewater and received his Bachelor’s degree in 1966 and his Master’s degree in 1969. Dave served in the US Army from 1959-1962. On December 5, 1962 Dave married Janice Timmermann and they began their family.

David was a schoolteacher teaching 7th & 8th grade from 1968-1998. His passions were playing tennis, traveling with his wife and friends to warm climates, was an avid reader, loved playing guitar, and adopted many dogs and cats.

There will be no formal services at this time.

Memorials to the Washington County Humane Society are appreciated.

The family would like to thank the staff at Kathy Hospice for all the care and comfort they gave to Dave and his family.