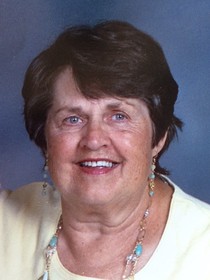 Janet proudly worked for the West Bend Company for over 25 years.  In addition, she helped her husband and daughters with their businesses, supporting all their endeavors.

Janet loved flowers and took great care of her many beautiful flower beds.  Like her father, she was an avid fan of both the Packers and the Brewers.

While she deeply loved her entire family, Janet’s grandchildren were the lights of her life.  Her loving spirit and gracious demeanor were infectious.  A wonderful wife, mother, grandmother, sister and friend, she will be incredibly missed.

A special thank you to Heartland Hospice RN’s Ann and Marcie and the staff at the Pavilion.