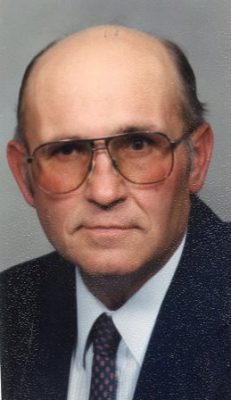 He was born on January 18, 1938 in the town of Jackson, to the late Edwin and Edna (nee Kannenburg) Heckendorf, where he resided his entire life. During his younger years, he worked the family farm. He attended school at Jackson Elementary and West Bend High School. During his lifetime, he was employed at Seragraph Grinding Wheel in Jackson and for many years worked for the Village of Jackson, retiring in 1998. Kenneth and his brother Orville played an instrumental part of getting Living Work Lutheran High School built on their family’s farm land. His favorite past time was working on the racing pit crew for Jim Hendricks at Slinger Speedway. He was a longtime member of Pilgrim Lutheran Church in West Bend and enjoyed ushering, serving on the counting committee, and playing on the dart-ball team in his younger years. He will be missed by all who knew him.

Those Kenneth leaves behind to cherish his memory include his brother, Orville (Janey) Heckendorf; his nephew, David Heckendorf; his niece, Michelle (Bryan) Eller; his great niece and great nephew, Courtney and Jonah Eller; many Heckendorf and Kannenburg cousins; and other relatives and friends.

He was preceded in death by his parents, Edwin and Edna Heckendorf.

The family will greet relatives and friends at the church on Tuesday from 12:00 p.m. until the time of service.

In lieu of flowers, memorials to Pilgrim Lutheran Church are appreciated by the family.

The family wishes to extend a special thank you to Ken’s close friend, Jeff Lettellier and all the caregivers at Jackson Crossings for their kindness and care these past several years.