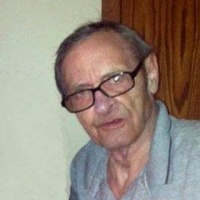 He enjoyed playing sheepshead and house painting.  One of his projects was painting the peaks at the Old Washington County Courthouse.  Above all else, he cherished the time he spent with his family.

He was proud to have been born and raised in Barton, and was a life-long resident of the area.

In addition to his wife and parents, he was preceded in death by one grandson Michael Wagner and brothers and sisters Patsy (Bill) Kirchner, Lucille (Michael) Strupp, Ron Wagner, and Jerry Wagner, one sister-in-law Audrey Basske, and one brother-in-law Jim Mack.

Funeral services will be held on Monday, June 4, at 1:30 p.m. at the Schmidt Funeral Home in West Bend with Deacon Mark Jansen officiating.  Burial will follow in Washington County Memorial Park.  The family will greet relatives and friends during a period of visitation at the funeral home on Monday from 11:30 a.m. until 1:15 p.m.

The family has requested memorials to Meals on Wheels of Washington County.

Bob’s family would like to extend a sincere thank you to the members of the West Bend Fire Department and West Bend Police Department for their services.