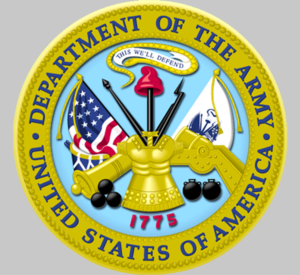 Don was born on May 13, 1932 in Allenton to Raymond and Lorina Jonas (Menger).  Don was a 1950 graduate of West Bend High School.  Don proudly served his country in the U.S. Army during the Korean War.   Upon returning from serving his country, he was united in marriage to Kay M. Kuechler on August 14, 1954 at Salem Ev. Reformed Church in Wayne.  Don attended Michigan State University and received his degree from the MSU College of Agriculture and Natural Resources.

After college, Don worked for his father Ray Jonas at Ray’s Elevator in Allenton.  After Ray’s death in 1964 Don purchased the elevator and named it Don’s Elevator and soon after added a new office along with modernizing the facilities.  During his career he expanded his footprint across multiple counties, building a new elevator in Hartford and co-purchased Slinger Elevator.  His passion was serving others.  After Don’s retirement from the feed mill, he worked for his son Bruce at Custom Landscaping in Eagle River, WI.  He worked alongside Kay as the 2 of them thoroughly enjoyed this time, running all over the Northwoods for Bruce helping out wherever they could.

Don will be well remembered for his athletic accomplishments playing for Allenton in the Rock River League as a pitcher and slugger!   He was voted to the All-Star team multiple times with the highlight pitching at Milwaukee County stadium.  He was also well known at the Allenton bowling alleys, fondly referred to as “Spike”.   He enjoyed visiting 29 foreign countries with his best friend Kay and building his fishing cottage in St. Germain for his family to enjoy.  He was a terrific fisherman, landing muskies while his children rowed the boat. His grandchildren caught many muskies, walleyes, bluegills and perch which he had mounted for them.

In addition to his parents, Don was preceded in death by his son, Bruce Jonas; grandson, Ezekiel Jonas; and great-grandson, Wesley Schultz.

Memorial Service for Don will be held on Saturday, July 20, 2019 at Good Shepherd Ev. Lutheran Church (777 Indiana Ave.  – West Bend, WI  53095) with visitation from 9:30 am – 11:00 am and the service at 11:00 am with Pastor Robert Hein officiating.  Special “Thank You” to Pastor Richard Lauersdorf and Pastor John Paustain.  Memorials to Good Shepherd Ev. Lutheran Church or School is appreciated in lieu of flowers.

Don’s family extends their heartfelt appreciation to the staff at Kathy Hospice for the loving care they provided.