James J. Galligan, 75, went to his heavenly home on Wednesday, June 26, 2019 at his home with his beloved family gathered around him after a brief illness with pancreatic cancer. 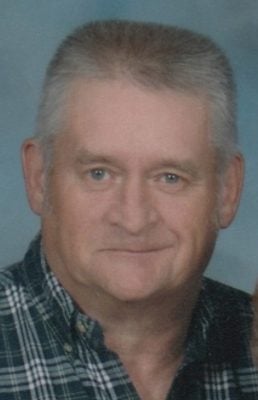 He was born in Campbellsport on January 14, 1944, the son of Donald and Virginia (nee Long) Galligan, Sr.   On June 14, 1969, Jim was united in marriage to Kathleen A. Straub at St. Matthew Catholic Church, Campbellsport.

Jim worked at Regalware in Kewaskum and West Bend for 42½ years before retiring.  He was a member of St. Matthew Catholic Church and the Union and 25 Year Club at Regalware.

He enjoyed hunting, fishing, camping and in his younger years horseshoes, pool leagues and trapshooting. Jim also liked playing cards on Wednesdays with his buddies, going to casinos, and watching his grandchildren play sports. He loved his grandchildren dearly and was very proud of them.

Jim was preceded in death by his parents, grandson Wyatt, sister Judy and brothers Donald, Jr. and Frederick.

Visitation will be Saturday, June 29, 2019 at the Twohig Funeral Home, 109 W. Main St. Campbellsport starting at 10:00 am followed by a funeral service at 1:00 pm. Rev. Mark Jones will officiate and burial will follow in Sacred Heart Cemetery, Dundee.

The family extends a very sincere thanks for the love and care received from the doctors and staff at Agnesian Cancer Center, St. Agnes Hospital 5th floor, and Agnesian Hospice Hope, and Chaplain Tim. Jim’s family would like to also thank all the family and friends for their love and support during Jim’s illness.