April 7, 2020 – West Bend, WI –Lloyd “Shorty” Cook, 96, fell asleep at his home and was welcomed into the arms of the Lord on April 3, 2020. He was born on June 27, 1923 in St. James, MN to Hamer and Bessie Cook (Balser). He was raised in West Bend and attended St. Mary’s Catholic Grade School through sixth grade, when he then was needed to go out to work to help his family during the Great Depression. 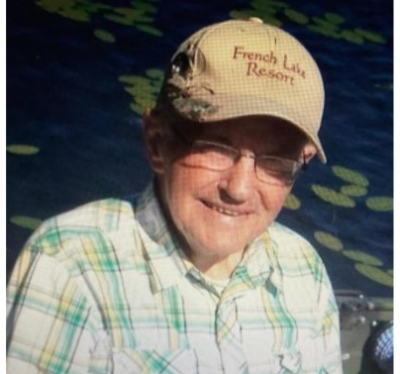 In 1941, Shorty was drafted into the United States Army. He proudly served his country from 1941 to 1943 in WWII, earning the rank of Staff Sergeant. In 2011, accompanied by his daughter, he was delighted to be a member of The Honor Flight to Washington, D.C.

On December 15, 1956, he was united in marriage to Catherine E. “Katie” Tienor in Waukegan, IL. Shorty and Katie made their home in Reedsville until moving to Kewaskum in 2009. He was a member of St. John St. James Lutheran Church in Reedsville and St. Lucas in Kewaskum.

Shorty was employed at Wisconsin Aluminum Foundry in Manitowoc until retiring. He also enjoyed two “side jobs” which turned into cherished life long friendships. The first was working with Merlin and Evie Wieting family (Wieting Funeral Home) Brillion. The second was working on the Hillman Family Farms (Carl, Mildred, Bill, and Nancy) Reedsville. Shorty was a member of the Reedsville Fire Department and Amvets Post #1032. He was an avid Packer and Brewer fan. He enjoyed hickory nut picking, gardening, playing Sheepshead, and riding his horse, Dolly. His most favorite past times were spending time with his family and friends and going fishing. He taught his son-in-law, grandchildren, and older great-grandchildren how to fish while in the boat with him at French Lake in Springstead.

Shorty’s favorite past times were spending time with his family and fishing. He taught his son-in-law, grandchildren, and older great-grandchildren how to fish while in the boat with him at French Lake in Springstead.

A memorial service will be held at a later date. Please consider signing our online guest book to share your condolences with the family. Cards addressed to the family may be sent in care of: Myrhum – Patten Funeral and Cremation Service, 1315 W. Washington Street, West Bend, WI 53095.

Shorty will be remembered as a kind, gentle, hardworking husband, father, grandpa and papa.

God’s will be done, good and faithful servant!