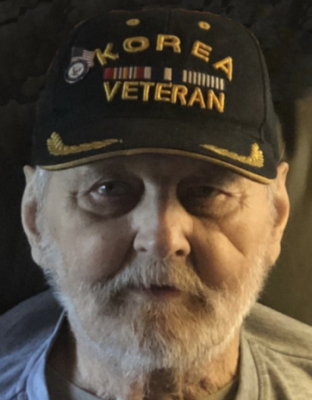 Dick was born on October 6, 1933, in Wauwatosa, the son of the late Julius and Emma (nee Jastrow) Mueller. On August 18, 1956, he was united in marriage to Lena Michaels in Milwaukee. Dick proudly served his country in the U.S. Navy during the Korean War. He was an avid cat fisherman, hunter, and a black powder gun enthusiast. Dick spent a lot of time teaching his kids and grandchildren how to fish and hunt. Above all else he loved his family and playing with his grandkids, great-grandkids, and giving “bushies” to the kids. Dick was a warm gentle guy, very funny, and is a great husband, father, brother, and uncle.

In addition to his parents and siblings, Dick was preceded in death by two children, Richard and Victor “Bucky” Mueller.

Dick’s family will greet relatives and friends at the Myrhum Patten Miller and Kietzer Funeral Home, 1315 W. Washington Street, in West Bend on Monday from 1:00 p.m. until 2:30 p.m.

Funeral services for Dick will be held at 2:30 p.m. on Monday, September 30, 2019, at the Myrhum Patten Miller and Kietzer Funeral Home, 1315 W. Washington Street, in West Bend. Military honor rites will follow service at the funeral home.