July 9, 2019 – West Bend, WI – Long before Piggly Wiggly, Pick ‘n Save, Sentry, Red Owl, Kohl’s Food Store and A&P – West Bend was home to a number of mom-and-pop groceries and food marts set up in the downtown and on quiet street corners. 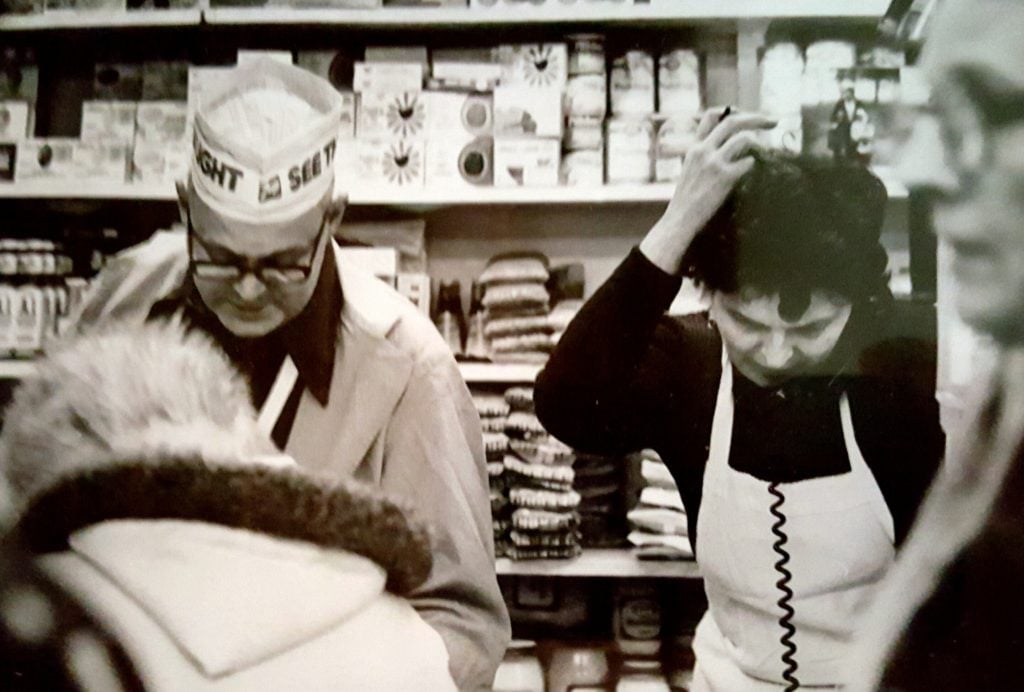 In the 1930s there was the Perry-Page Grocery store on Seventh Avenue and Chestnut. It was run by Ida Page and Rev. Perry. That corner building, 403 S. Seventh Ave., was home to Roffler Styling.

In the 1930s and 1940s Held Food Mart had three stores in West Bend. Harvey Held ran the store at 241 N. Main St.; it was in the Gonring Building where Grasshopper Restaurant is currently located.  Another Held’s was at 121 S. Main St.; the current home of Ted Newman Signs. Held and Kirsch was also a local store.

Richard Krueger owned a little neighborhood grocery called the West Side Cash Store; it was on the southwest corner of 10th and Cedar St.

Flitter’s Queen’s Quality Grocery, 1270 Chestnut St., was on the northeast corner of Silverbrook and Chestnut where Tyberg Dental Clinic is located. 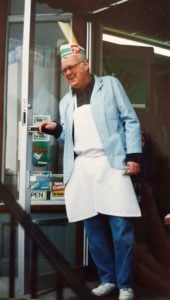 Otten’s Store was at 1805 Barton Ave. in what’s currently Small Town Bait & Tackle. The Otten family ran the store and the last member of the family business was Gene Otten.

Schuster’s Grocery, 1779 Barton Ave., was run by Tom Schuster; the store was across from the Gadow Roller Mills. Xpressions bead and yarn store is in the old grocery.

George Carbon’s IGA was across from the Washington House. The grocery was the old Central Hotel run by BC Ziegler’s father.

Winter Grocery was on the southwest corner of Oak and Main Street was a store started by Flora Huber who later added a little lunch room. Later the business was run by Bill Hess.

Wegener’s Red Bell Market was a store on Hickory St. east of Sixth Avenue. It was run by Reuben Wegener. “Reuben would fill telephone orders for my mother,” said Kevin O’Meara.

At age 38, Nancy collapsed on the street and was unable to get up without help. Heipp retired Nancy and replaced her with a younger horse called Babe.

“Fritz Heipp delivered ice to our home for our refrigerators, before the electric models,” said Peg Ziegler.

Researchers at the Washington County Historical Society helped cobble together this partial list of grocery stores in West Bend.