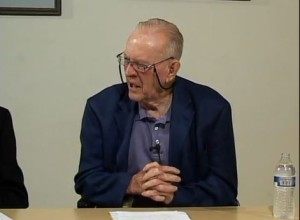 Stories about Doug Ziegler have been floating around West Bend and Washington County since this past weekend when word came that Doug died early Saturday morning.

“What a wonderful community leader Doug Zeigler was in both spirit and in deeds,” said Pat Strachota, former state Assembly Rep. and now a member of a new state commission on ethics and elections. “He was a generous supporter of so many worthy causes in our community. His legacy will carry on.”

West Bend Mayor Kraig Sadownikow said, “Doug’s lifelong commitment to West Bend is something we can all admire. He set the standard for volunteerism, leadership and the type of forward thinking that ensures strong organizations will positively impact our community well into the future. His creativity and wit coupled with strong beliefs and vision will be missed.  On behalf of West Bend, thank you to Doug and the Zeigler family.”

And during the Herb Tennies tribute this week, Washington County Administrator Joshua Schoemann made mention of learning about Ziegler’s passing on Saturday and he asked everyone to rise for a moment of silence.

Back in August 2011 I had the privilege of writing about ‘Mammoth bones found on Ziegler property in Colorado.’

That article is below.

AROUND THE BEND AUG. 27, 2011 By JUDY STEFFES
MAMMOTH BONES FOUND ON ZIEGLER PROPERTY IN COLORADO…
Doug and Peter Ziegler recently gave a presentation to the West Bend Noon Rotary about a significant discovery on their property near Snowmass Village, Colorado.
Last October a bulldozer operator was moving dirt to make room for future water storage when he turned over a couple bones, a mastodon rib and a mammoth tusk. Since then the Ziegler Reservoir has been deemed one of the most significant fossil discovery sites ever in Colorado.
“These were mastodon and mammoth bones,” said Peter Ziegler listing animals and plants from the Ice Age zoo that “dated back 50,000 to 150,000 years.”
Overall 5,000 bones have been found since Oct. 14, 2010 when volunteers and members of the Denver Museum of Nature and Science started digging.
Aside from 35 mastodons, there have been mammoths, skeletons from 10-foot ground sloths, and trees hundreds of thousands of years old.
All the bones are perfectly preserved; there’s no acidity or alkaline in the soil and Peter Ziegler said “it was like these animals died yesterday.”
“We’d pick up peat moss and there would be green leaves that hadn’t seen oxygen in 100,000 years,” said Ziegler. “Then the peat moss would oxidize and turn brown in front of your eyes.”
A keen discovery for a number of reasons, primarily because mastodons have never been found above 6,500 feet and the elevation of the Ziegler Reservoir is 8,900 feet.
Volunteers paid $500 for the privilege of digging and earlier this spring were finding bones at a pace of 300 a day.
“My wife and I were out there in mid-June and I got to dig and found a 24-inch lower jaw bone from a mastodon with all the teeth in it,” said Peter Ziegler describing the experience as “surreal.”
“When you start digging you think of it as back-breaking work but once you hit a bone you get the fever and you just don’t want to quit,” he said.
Questioned whether he borrowed a tooth and hung it from a string around his neck, Ziegler said “that would have been illegal” and he noted, “the teeth are as big as your feet.”
One tradition he did take part in had to do with the Ice Age water that remained in the bones.
Ziegler said the bones were saturated because they had been below the surface of the lake for so long.
He said a rite of passage had paleontologist lifting the bones and the water “would drain out and they’d drink that water.”
“They called it mastodon juice,” said Ziegler. And if it sounds gross, it was.
Ziegler said it tasted like a warm Zima left in a hot car.
Doug Ziegler also got down into the pit and watched volunteers dig first hand.
“I never expected this,” said Doug Ziegler.
“There had to be about seven different decisions made along the way and if any one of those decisions had gone differently, this never would have been discovered,” he said.
The adventure started in 1958; Ziegler was in his 30s and a spur-of-the-moment vacation, combined with a lack of reservations, a desire to go to Aspen, meeting a guy on horseback, touring a property overlooking a meadow and building an earthen damn that held water for 50 years.
Ziegler sold the lake to the Snow Mass Water and Sanitation District in 2008.
The Water District owns the property; the state owns the bones and the state designated the Denver Museum of Nature & Science as the repository for the bones.
Questioned whether the Ziegler’s will make out financially, Peter Ziegler said, “If anybody gets any money it’ll be the Snow Mass Water and Sewer District because they bought the land.”
The next step in the process will be scientists studying the bones, the DNA, recreating the last two Ice Ages and the ecosystem and determining why all these bones were found in one place

.
Next year the Snowmass Ice-Age discovery will be featured by The National Geographic Society as part of a NOVA special airing on PBS.

Here’s a link to the PBS video on Snowmass

The visitation for Doug Ziegler is Thursday from 2 p.m. – 6 p.m.  Details can be found here.