Home  »  Uncategorized   »   Renovating the downtown WB Theatre: hydraulic floor, large window to the east and a potential major investor waiting in the wings. Click here for a new picture

Dec. 21, 2016 – West Bend, WI – Plans are still being cobbled together by people trying to renovate the downtown West Bend Theatre. 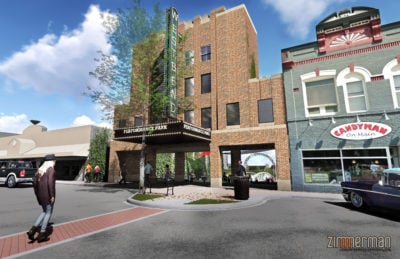 On Monday, http://www.washingtoncountyinsider.com broadcast live the unveiling of plans to retain the facade and marquee of the building and the raze the remainder. 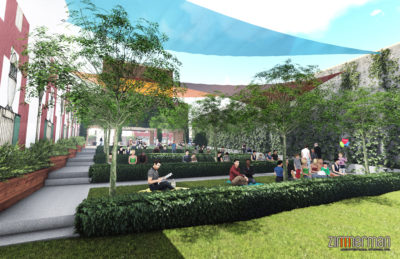 David Stroik with Zimmerman Architectural Studios presented details on an open-air park that would be terraced to the riverwalk to the east.

A new graphic (see right) released by Stroik shows a view to the west. The blue and red canopy on top and on the wall a historic reminder of the theatre’s past.

New designs for those looking to restore the theatre include a proposed hydraulic floor and cutting a large window into the wall behind the stage for additional natural light should the theatre be turned into a hall for receptions.

Plans have honed in on an entertainment-and-education complex with a goal of not only restoring the theatre’s historical significance, but breathing new life and purpose into it.


The rough estimation on restoring the theatre has started at $750,000 up to $2 million.

Earlier this week a potential investor toured the theatre.

“Too much history to destroy” was the primary comment. 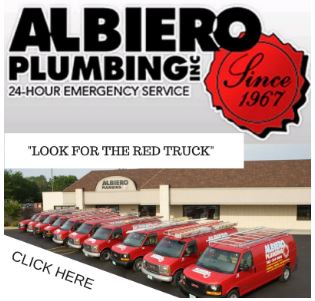