September 13, 2019 – Washington Co., WI – There are 17 veterans from Washington County participating in the 54th Stars and Stripes Honor Flight’s (SSHF) that will take off Saturday, September 28.

One of the oldest veterans will be 92-year-old Richard Mihalek of Germantown who enlisted into the Navy in 1945 when he was 17 years old.

Other local veterans on the flight include:

Two Allegiant Airlines A320 aircraft will leave Milwaukee’s Mitchell Airport at approximately 7:00 a.m. on flight day, bound for Baltimore Washington International Airport with 171 local veterans (and their guardians) ready to experience a full day of honor and thanks.
On that day, Stars and Stripes Honor Flight will welcome 9 WWII veterans, 13 Korean War veterans, and 149 veterans of the Vietnam War.
Southeastern Wisconsin veterans who will be taking their Honor Flight on September 28 have a wide variety of service histories, including service as Vietnam War paratroopers, helicopter pilots, reconnaissance Marines, tank gunners and artillery soldiers. 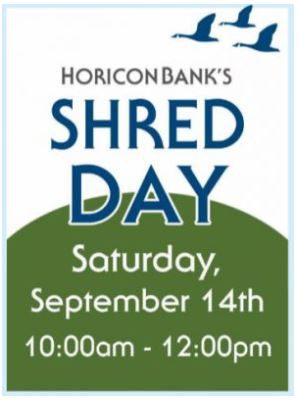 After the planes land in Baltimore on flight day, the veterans will board coach buses to tour Washington DC’s WWII Memorial, the Korean War Memorial, the Air Force Memorial, the Vietnam Veterans Memorial Wall, and more. The day will also include viewing the Changing of the Guard at the Tomb of the Unknown Soldier at Arlington National Cemetery.  A DC Park Police escort will ensure that the veterans do not spend time stuck in traffic.
Be sure to come to SHRED Day at Horicon Bank in West Bend on Saturday, Sept. 14 for ‘After the Honor Flight’ and meet local veterans who have been on the flight and those prepping to take part on September 28. The free event runs 10 a.m. – 12 noon.
“We are so honored to welcome another 171 local heroes to their Stars and Stripes Honor Flight,” said Paula Nelson, president of Stars and Stripes Honor Flight. “Our veterans will join us from all over southeastern Wisconsin for this trip of a lifetime. So many of our oldest veterans came home many years ago without a true homecoming. We look forward to welcoming them home the way they should have been welcomed home decades ago. We are so grateful to our volunteers and our community for their support of our veterans and our mission.”
Prior to the September 28 flight, Stars and Stripes Honor Flight has flown 7,018 local veterans on these trips to Washington, DC since 2008, and has honored more than 50 veterans locally who were not able to fly.

As an all-volunteer organization with no paid staff and no offices, the organization is proud to share that $.97 of every donated dollar goes directly to flying and honoring veterans.
Honor Flight is a national program with more than 130 hubs from coast to coast. The WWII Memorial did not open until 2004 and many veterans are unable to visit Washington DC without assistance. Nationally, hubs in the Honor Flight network have taken well over 223,000 veterans to see their memorials.
Timeline of activities for the Saturday, September 28 Stars and Stripes Honor Flight:
4:30 am –Veterans and their guardians begin check in at Mitchell Airport’s main concourse
5:45 am – National Anthem and boarding entertainment by vocalists “Bounding Main”
6:30 am – Flights depart for BWI Airport, water cannon salute on runway
9:30 am (ET) – Flights arrive at BWI Airport, load buses for DC tour
6:30 pm (ET) -Return to BWI Airport, load planes for departure back to MKE
8:30 pm (CT, approximate) Return flights land at Mitchell Airport, veterans deplane for parade through the airport’s main concourse. The 484th Army Band and the Brookfield Central Lancerettes dance team will provide spirit for the Homecoming parade.