Tenacious game at Hoops with Heroes at St. Frances Cabrini 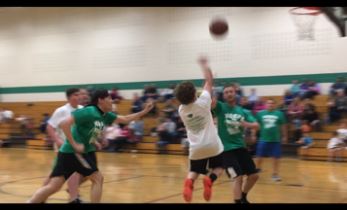 April 29, 2017 – West Bend, WI – The Cabrini kids came with their game face on as they tipped off against local community heroes in a Friday evening fundraising basketball game. 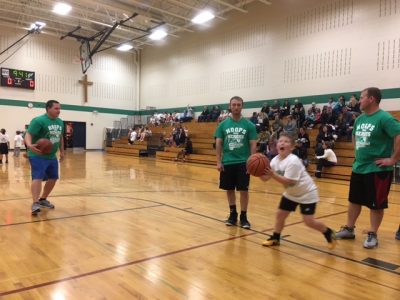 The Cabrini Coach had some super-secret strategy up his sleeve as midway through the first half the players on the Cabrini bench sat with a white open box of donuts. “You’ll notice only the police officers were the ones who got distracted,” said a member of the Heroes team who identified himself as a firefighter. (see photo below of player eating donut) 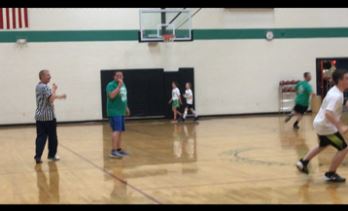 The score was relatively close the entire game and a good time was had by all. 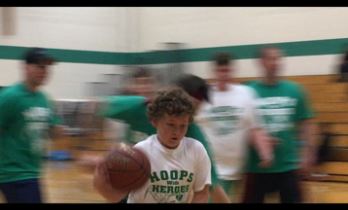 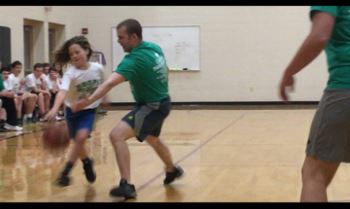