Home  »  Education • Veteran • Washington County • West Bend   »   U.S. Flag history and etiquette: Remember when Spaulding Clinical added 3 flagpoles to the front of its building?
Washington Co., WI – This week as we work our way to July 4 we’ll bring you some local history on the U.S. flag, some reminders about flag etiquette and even a little bit of flag trivia. 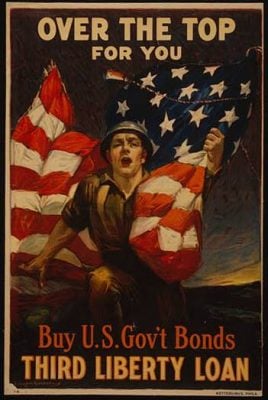 In 2010 there was a story in Around the Bend about the flags outside Spaulding Clinical on Silverbrook Drive. Company CEO Randy Spaulding spoke about flag etiquette.

For the past year and a half, Spaulding Clinical has paid respect to companies it has worked with by flying the flag of their state or country in front of its Silverbrook Drive building.

But recently CEO Randy Spaulding was brought up to speed on flag etiquette. “Technically it’s disrespectful to fly another country’s flag under the U.S. flag,” he said.

Told it is common practice if there was only one pole, Spaulding came to a conclusion. “My father was military and very proud of it and he always paid close attention to flags and flag etiquette,” Spaulding said. “He would have wanted me to follow the rules to the T.”

At the front entrance to Spaulding Clinical there are now three flag poles: One for the U.S. flag, another for the Wisconsin state flag and a third carries a rotation of flags.

The additional poles aren’t the only change. Spaulding Clinical has new, larger 6-foot-by-10-foot flags and the company has upgraded its street signs and foundations.

The U.S. Flag Code became public law in 1942 and specifies the exact rules for use and display of the American flag.

Which of the following is not part of the U.S. Flag Code

A. The flag should be displayed during school days in or near every schoolhouse.

C. No part of the flag should ever be used as a costume or athletic uniform. However, a flag patch may be affixed to the uniform of military personnel, firemen, policemen, and members of patriotic organizations. The flag represents a living country and is itself considered a living thing. Therefore, the lapel flag pin being a replica, should be worn on the left lapel near the heart.

D. The flag, when it is in such condition that it is no longer a fitting emblem for display, should be destroyed in a dignified way, preferably by burning.

Tomorrow, do you remember when the flag went missing from Old Settlers Park?

Hartford will have a July 4 parade beginning at 2 p.m. on Saturday at Highway Q. It is being organized by the Hartford Jaycees.