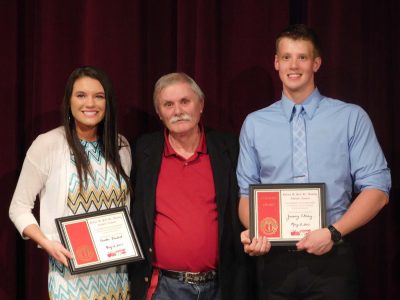 May 11, 2017 – West Bend, WI – UW-Washington County student athletes received recognition for their athletic and academic achievements at the May athletic banquet.

The Robert B. Pick female athlete of the year award was awarded to Amber Herbst, West Bend.

Active on the volleyball team, Herbst was named to the Wisconsin Collegiate Conference (WCC) First Team All-Conference and received the player of the year award in volleyball for two years in a row.

Jeremy Ehley, Hartford received the Pick award for the top male athlete of the year.  Ehley was active in soccer and tennis for two years.   The Tom Brigham Scholar Athlete award was presented to Amber Herbst, West Bend, who was on the volleyball team for the past two years. 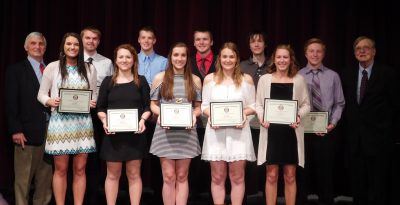