West Bend, WI – Bill Nathan and Walnes are visiting from Haiti and they have a great message to share, with assistance from some students at St. Frances Cabrini School in West Bend.

On Saturday, Sept. 28 there will be a spaghetti dinner in Mother Cabrini Hall starting at 5:30 p.m. 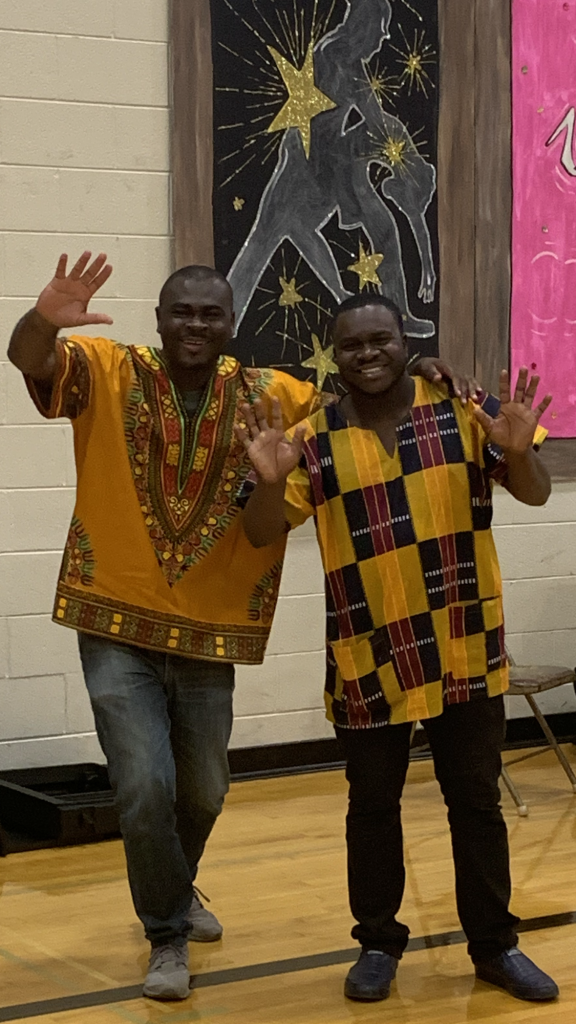 If you’ve not met Bill and Walnes they are quite the pair. Bill is 35 years old and a professional drummer performing at churches and universities in the United States. He was forced into slavery after the death of his mother. He has written a book, “A Crime so Monstrous: Face to Face with Modern Day Slavery” (Free Press) and at World Youth Day in Toronto, Bill was blessed to perform for Pope John Paul II.

Bill spent six weeks in Bahia, Brazil teaching dance and drumming at a school of the arts for Brazilian street children. He went to Africa for a month to study drumming under the drum masters of The Gambia and Senegal. Bill also taught a Master Drum class at the University of Nebraska in 2008.

Walnes Congas is 34 years old and is the Assistant Director at St. Joseph’s Home for Boys.  He is also the director of the Resurrection Dancers and the lead choreographer at St. Joseph’s.

In 2002 as part of “The Resurrection Dancers” performed for Pope John Paul II at the World Youth Day in Toronto. Several years later Walnes accompanied Bill Nathan to Bahia, Brazil for six weeks where he taught dance at the school of the arts for Brazilian street children.

In 2008 Walnes attended the Duke Youth Academy for Christian Formation in Durham, North Carolina where Bill Nathan and Walnes Cangas were the first international participants.

Walnes is also an accomplished artist. He is the co-director of St. Joseph’s Community Art Center   His usual medium is watercolors.