A witness subsequently saw three vehicles quickly leave the scene southbound on I41.

Washington County Deputies set up on I41 near STH 33 and located the three vehicles traveling together. Immediately upon seeing the squad car, all three vehicles accelerated rapidly in excess of 100 mph as the pursuit was initiated.

Germantown Police Department assisted with tire deflation devices north of Holy Hill Road. In an attempt to avoid hitting the spikes, the lead vehicle swerved and lost control and crashed in the west ditch. All occupants fled the scene on foot. 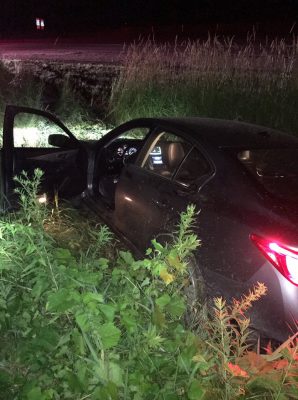 The second vehicle exited on Holy Hill Road and was later located unoccupied at a residence on Basswood Lane in Richfield.

The third vehicle attempted to exit on Holy Hill Road but crossed over Holy Hill and crashed at Thrifty Auto. All occupants of that vehicle also fled. One female subject, who was a passenger, was taken into custody behind the business. Two additional males were also located on foot in the area and taken into custody. All three are teens from Milwaukee.

All three of the vehicles were confirmed stolen from Dodge County. 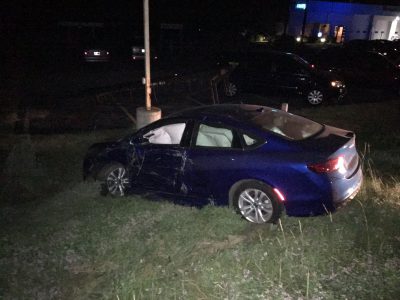 Law enforcement spend several hours looking for the individuals from the other two vehicles. The Sheriff’s Office continues with the investigation.

Washington County Sheriff’s Department would ask residents, who may have information regarding the other occupants not taken into custody, to contact its agency at 262-335-4420.