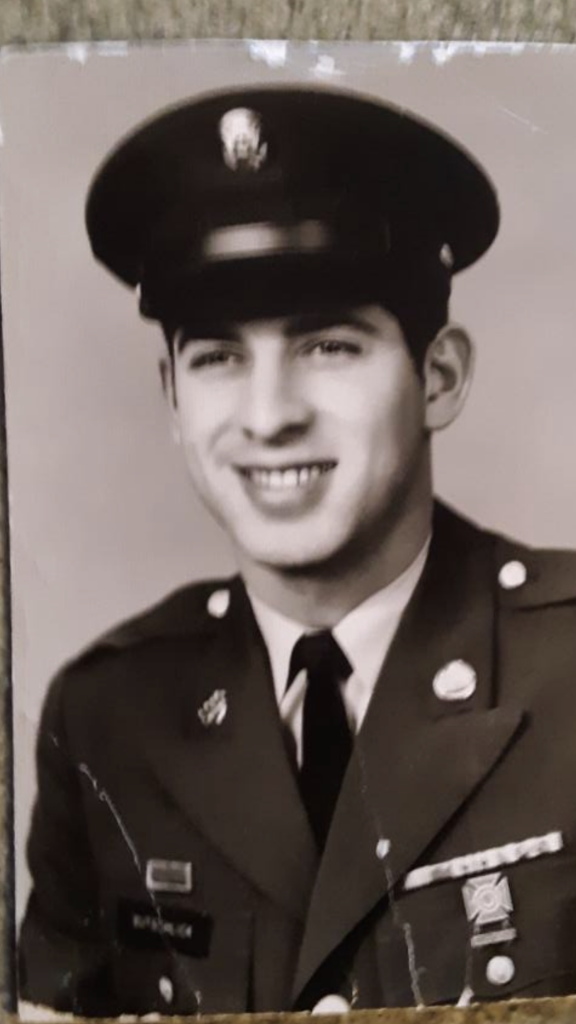 All veterans will be recognized including District 1 alderman John Butschlick, 72, who served in Vietnam and is taking part in Saturday’s Stars & Stripes Honor Flight.

Butschlick was 19 years old when he enlisted in the Army. A 1965 graduate of Campbellsport High School, Butschlick had played trumpet in Mr. Jacobs class for four years.

“I wanted to play in the band so I would NOT go to Vietnam,” he said.

Butschlick’s dad was diagnosed with a bad heart they sold the family farm in Campbellsport and moved to Kewaskum.

“I worked at Regal Ware for about a year and then enlisted,” he said. Basic training was at Fort Leonard Wood, Missouri.

After eight weeks of basic, Butschlick’s name was mixed up with someone else and he went on as a clerk typist and remained at Fort Leonard Wood.

“But I got my orders in December 1967 and that said I was going to San Francisco and then onto Vietnam,” he said. “Needless to say my recruiter was not my best friend and my plan did not work.”

Butschlick said Vietnam was horrible from the start. “The stench,” he said. “There was nothing sanitary there; all feces were burned and it was warm and humid.”

Butschlick was assigned to an artillery group as a fuel administrator. “My first six months I couldn’t believe I was even in a war zone,” he said. “We played volleyball, we had hot meals, our sergeant was a fantastic cook and it wasn’t bad at all.”

In August, Butschlick reup for six more months in the military;  he also signed up for leave over Christmas however his new captain denied the leave in December and pushed it off another month.

While dropping off paperwork a warrant officer changed Butschlick’s leave but the captain caught up with him and that brief favor cost Butschlick his assignment.

“I got back from leave and I was sent on the first chopper out; I was on a gunner,” he said. “I lost my field position.”

Nervous, Butschlick met with a pastor and within a couple weeks he was transferred and assigned to headquarters as a commanding officer jeep driver. “This was during the Tet Offensive and I thought I was lucky to be a driver but my buddies said the snipers would pick off a driver first and then go after the captain,” he said.

“My second tour was scarier than hell.”

Butschlick credits his mother for helping keep him safe. “I didn’t know it at the time but she said a prayer every day and in that prayer she was always asking God to protect me while I was in Vietnam and I firmly believe my mom’s faith brought me back safely,” he said. 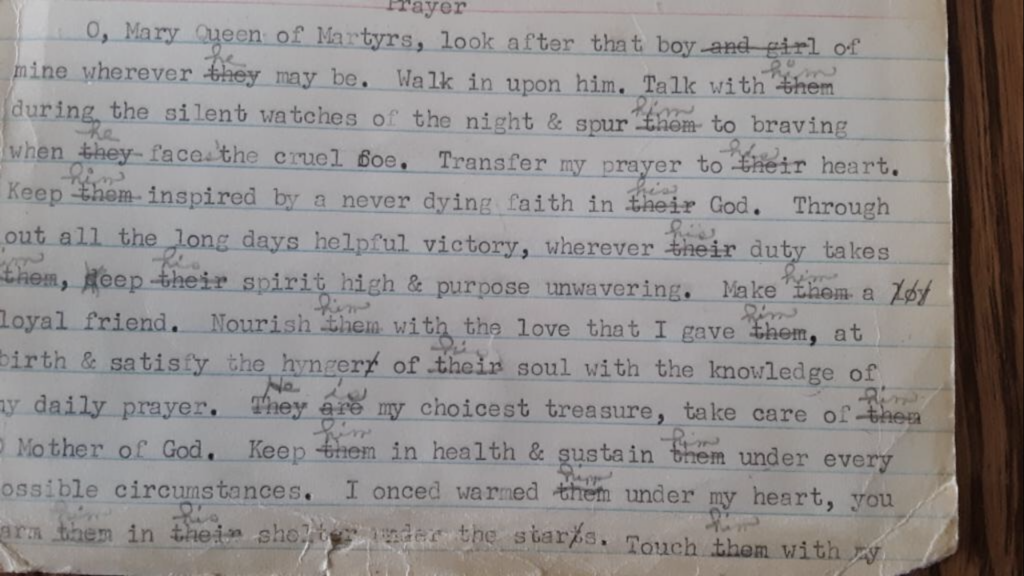 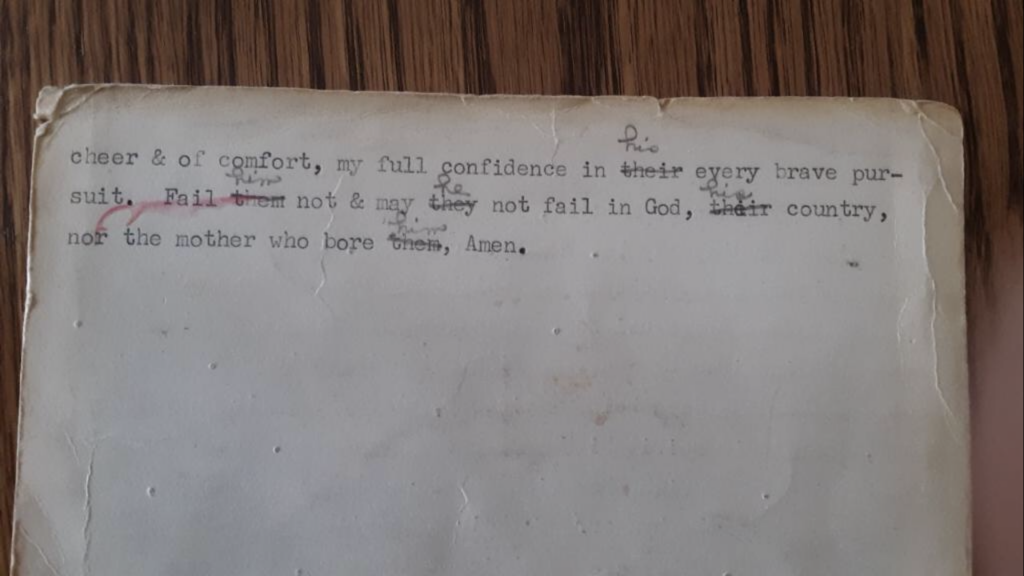 Butschlick has kept the copy of his mother’s prayer. It’s on a weary index card, the print is from an old-school typewriter and there are pencil marks where Rose Butschlick wrote in cursive the correct pronoun.

“My faith is what got me through this whole thing… and my mom’s,” he said. “When I got out of the service my mom gave me the prayer cards.”

Butschlick was discharged in 1969 when he was 22 years old.

When he returned to the states he stayed in Chicago and worked at First National Bank as a margins clerk. “Life was actually moving too fast for me over the next three years and then I moved back home and worked at Fleet Farm before I bought the Tastee Freeze and turned it into Little John’s Drive in,” he said. “John Heisdorf worked at the restaurant with me; we called him Big John and I was Little John.”

Little John’s was located on Highway 33 in West Bend in the lot behind the Fleet Farm; that building was there in there in the 1970’s. Alice Kohlman was the cook at Little John’s. “Alice was the best and I loved working with the people,” he said.

The restaurant eventually closed and Butschlick sold it in 1980. “That was when Pizza Hut was across the street, along with Dick’s Pizza, Kentucky Fried Chicken and the Red Owl was next door to the east,” he said. 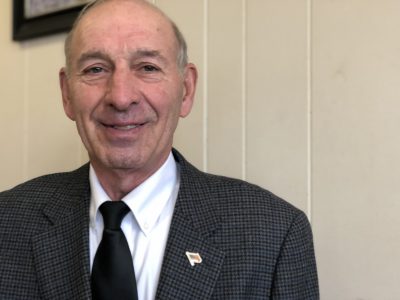 Butschlick returned to work at Fleet Farm before taking a job with the City of West Bend.

Join the Common Council for tonight’s recognition of veterans. Other council members who served include Dist. 2 alderman Mark Allen was in the Coast Guard 1971 – 1984 and Dist. 8 alderman Roger Kist. 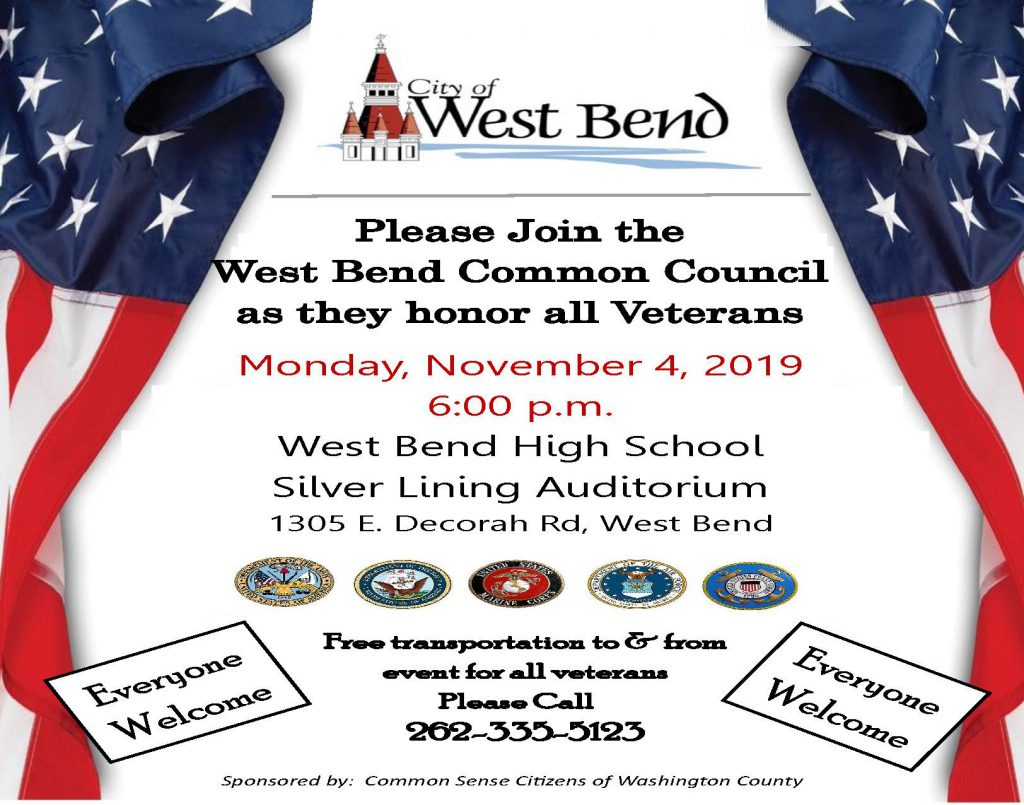 The event is free and open to the public.

Items for Support the Troops will be collected during the event and distributed as care packages to troops serving in the U.S. military.