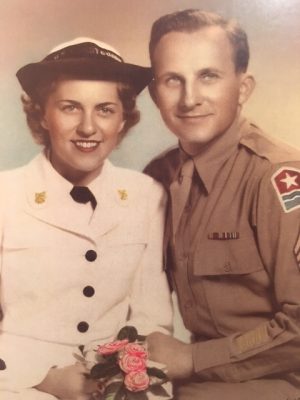 May 16, 2017 – West Bend, WI – A big weekend ahead for Dorothy Bein, 96, of West Bend as she will be one of only two women who served during WWII on this Sunday’s Stars and Stripes Honor Flight. 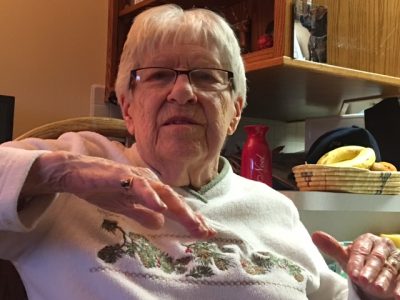 “I am delighted,” said Bein. “My son Dan Eggerding has done most of the arranging and I think he’s more than I am.”

Sitting in her apartment at Cedar Bay West on a rainy afternoon Bein spoke about how she enlisted in the U.S. Coast Guard when she was 22 years old.
“I was a teacher and I was working in northern Wisconsin,” she said. “One of the teachers on staff came across an advertisement looking for a person who was a mathematician and I applied for it and strangely enough I got it.”
The year was 1945 and Bein went to Atlanta, Georgia and trained Navy pilots to “fly” in flight trainers or a Link Trainer.  “I went for three months where I got training in math and equipment,” she said. “I was an Instrument Flight Instructor; my rank was Specialist T and the ‘T’ stood for teacher.”

The Link Trainers simulated flight instruction for pilots. One of the main reasons the U.S. won the war against Japan was because pilots could be trained quickly and efficiently.  Once the very experienced, very well trained Japanese pilots died when their carriers sank, there were no real replacements. Bein was a part of that effort. 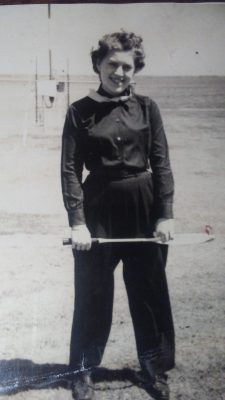 According to her son Dan, his mom actually landed on an aircraft carrier  in a two-seater fighter to experience what it was like as a pilot.

” I remember her telling me about it when I was young,” he said. “It was very advanced for its time.”

After training, Bein was transferred to Elizabeth City, North Carolina. “It was the largest Coast Guard air base at the time,” she said.

For the next three years Bein taught pilots on the Link Trainer. “We’d put a hood over the cockpit so the pilots couldn’t see – almost like they were flying blind,” she said.
The simulator could be made to bank and maneuver. “At times we would put in rough weather,” she said. “There was some digital equipment that tracked the flight plan and we’d send signals via Morse code with dots and dashes and with that they’d find their way to the airbase.”
Bein recalled how her mother discouraged her from entering the Coast Guard. “I thought it was excellent being a woman in the military,” said Bein. “I was thrilled to be able to do it.” 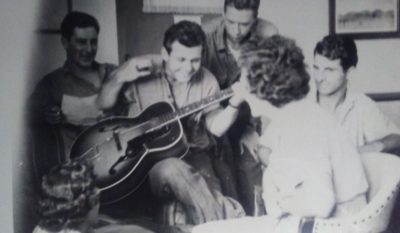 Bein was 25 years old when she met and married Milferd Eggerding, a Sergeant in the U.S. Army.
The couple moved to Chicago and had two boys. Milferd was tragically killed in an auto accident after he was struck by a train at a blind crossing.
Bein raised the two boys for 15 years by herself. She later remarried.
Bein is looking forward to seeing the monuments in D.C.  Her son Dan will be her guardian.
Photos courtesy Dan Eggerding