May 15, 2020 – West Bend, WI – More than 75 cars lined up on Decorah Road in West Bend on Wednesday, May 13 for one of the most special birthday parades held since the State of Wisconsin went into a lockdown.

Art Schmid is an admirer of antique cars and enjoys going to car and motorcycle shows in the summer. 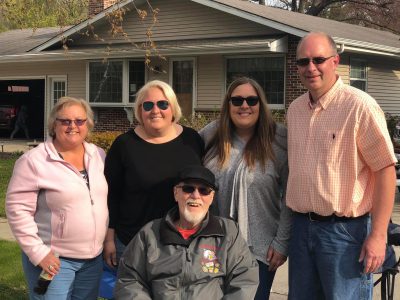 Schmid was born in West Bend on May 13, 1948. He graduated West Bend High School in 1967, studied tool and die at Moraine Park Technical College, married the love of his life Debby Wolf on June 30, 1979 and they had three children together. 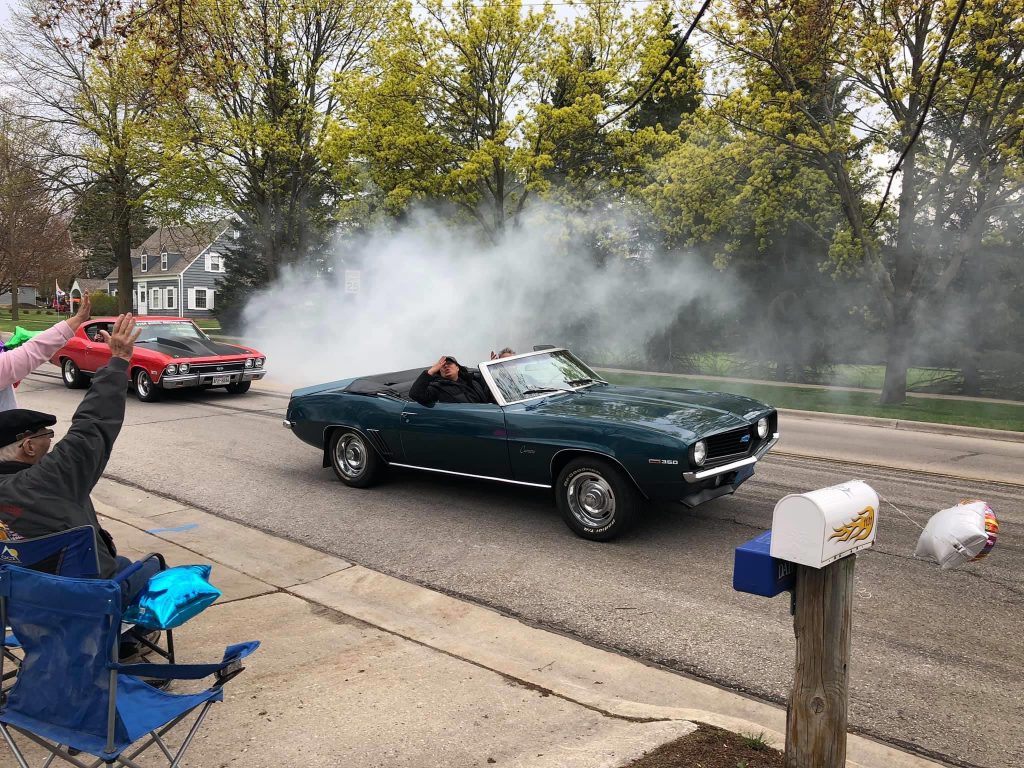 Schmid spent three years in the U.S. Army; he fought in Vietnam from 1968 to 1969. During his service overseas, he is one of the many Vietnam veterans impacted by Agent Orange, a herbicide sprayed on trees and vegetation during the war. This fertilizer is known for giving Vietnam veterans like Schmid forms of cancer later in life. 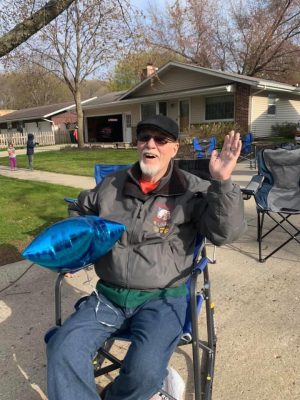 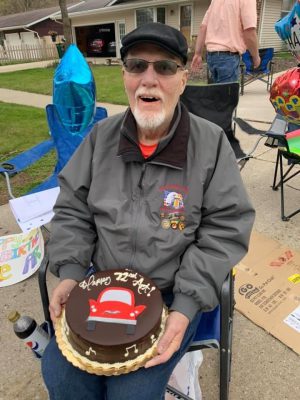 Schmid is currently battling MDS (blood cancer) and since he is exceptionally susceptible to illnesses such as COVID-19 he couldn’t go out to admire the cars and motorcycles that usually bring him extreme happiness.

But that didn’t stop his family and friends from bringing the cars to him. 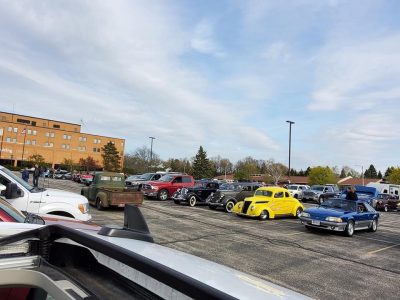 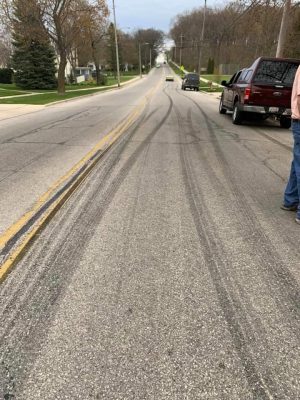 Over 75 family members and close friends burned some rubber for a 15-minute long 72nd birthday parade led by the West Bend Police department. He was accompanied by his immediate family cheering him on and celebrating his extra special day. Schmid and his family expressed their gratitude for everyone that came out to help celebrate his 72nd birthday.

As a member of Schmid’s family, it was truly heartwarming to see his grin from ear to ear every single time a car passed by his driveway. Special thanks to Debby Schmid, Kayla Lang, and Karmen Weins for helping plan this extraordinary event! Happy 72nd Art!