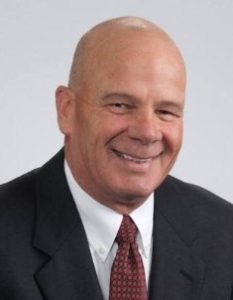 Oct. 4, 2017 – West Bend, WI –  Neighbors in West Bend are shocked as news spreads about the death of Assembly Rep. Bob Gannon. Early word is around 9 p.m. Tuesday night the Allenton Fire and Rescue responded to a call for an unresponsive male in a vehicle at Gonring Drive and West Lake Drive.

Washington County Sheriff said Gannon died of natural causes. The Sheriff responded to a 911 call at Gonring Boat Launch and found Gannon unresponsive behind the wheel.

Gannon was first elected as a representative in the 58th Assembly District on Nov. 4, 2014. He was extremely active in the community on boards such as Family Promise and the Washington County Youth Hockey League. Gannon had also been a member of the West Bend Sunrise Rotary.

Gannon owned Richards Insurance Agency and was previous owner of the AmericInn Hotel in West Bend.

West Bend Mayor Kraig Sadownikow was shocked at the news. “He’s a one-of-a-kind guy, that’s for sure,” said Sadownikow. “His voracious appetite for all that is good about the state of Wisconsin will be missed.”

Jeff Szukalski is a close friend of the Gannon family and a member of the West Bend Sunrise Rotary. “It’s just a shock,” said Szukalski. “I saw him a week ago and he was in great spirits and great shape. No thought that he would have any problems right now so I’m guessing any health problems he may have had were undetectable.”

Gannon’s co-worker in the assembly office Tiffany Koehler said she didn’t want to believe it. “My heart and prayers go out to the Gannon family at this difficult time and to all our neighbors in Assembly District 58,” said Koehler.

Dan Martin worked with Gannon as a member of the West Bend Jaycees in the early 1990’s. “Bob was a guy with a lot of ideas and he knew how to work with people to get things done,” said Martin.

I am deeply saddened by the sudden loss of a friend and my successor in the 58th Assembly District. My sincere and deepest condolences go out to Kris, his family and friends.

Bob Gannon was a true fighter for the conservative cause and a passionate man who was dedicated to his family and country. His large personality was only matched by his generosity to the charities he believed in. Bob made a difference in the lives of many people in Washington County. He will be missed. . Pat Strachota

“I was deeply saddened to learn early this morning of Bob Gannon’s passing. While he and I may not always have seen eye-to-eye on how to achieve all of the conservative goals of Washington County constituents, Bob’s passion toward accomplishing those goals will be greatly missed. I would like to offer my deepest condolences to Bob’s family and friends, and most especially to his wife, Kris.”

“My wife, Laura, and I offer our deepest condolences and prayers to Kris and the rest of the Gannon family. Bob was a friend and colleague who showed zeal for serving his community. Bob was committed to finding solutions to issues facing the urban areas of our state. Earlier this year he held hearings in cities around Wisconsin talking to people facing poverty.

Bob wore his passion on his sleeve. Rarely did a room of constituents not know where Bob stood on any issue. Bob was not interested in being a politician. He went to Madison to do the right thing and came back to the district to serve his neighbors. Bob served God, his family and his neighbors in that order.

Bob “gave em’ heck” and all that mattered was improving the lives of Wisconsinites.

I will miss Bob’s jovial personality. There was not a day that Bob did not put a smile on someone’s face.”

West Bend alderman Christopher Jenkins said Gannon was a mentor to him and his family.  “He gave us guidance and was always willing to point us in the right direction. I enjoyed working with him in the different facets and our family is mourning with the Gannon family for this sudden loss. We send our love and prayers to our friend Bob, Kris, and their family.”

Gannon was married with two children. He was a 1977 graduate of West Bend East High School.

Please keep the Bob Gannon family in your thoughts and prayers.