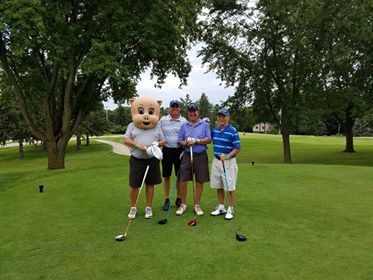 August 15, 2017 – West Bend, WI – A fantastic day for golf and fun at the West Bend Country Club on Monday as over 150 golfers took part in the 16th annual Kettle Moraine YMCA Golf Outing. 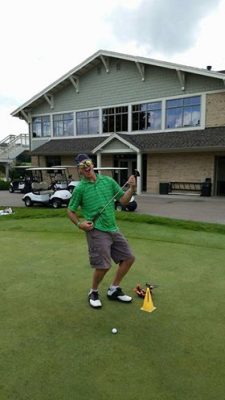 There were added challenges to the normal round of golf including goggle golfing – demonstrated by Mr. Steiner. (see above).

Denny Ziegler also got bragging rights for hitting a hole in one and winning a two-year lease on a 2018 Toyota Camry from sponsor Russ Darrow. 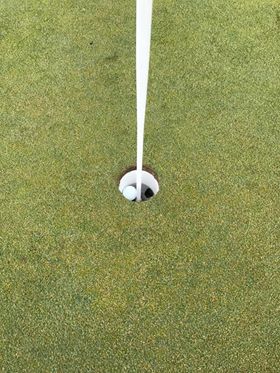 Denny Ziegler’s hole in one

Watch for final totals on money raise in within the next few days. All proceeds benefit the YMCA scholarship fund.