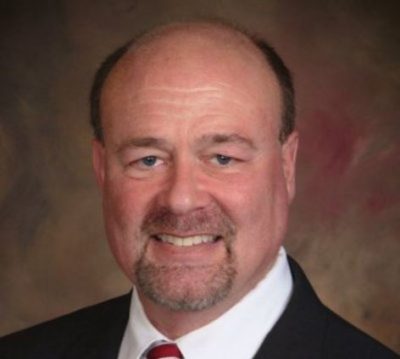 According to a memo from Laura Jackson, superintendent of teaching and learning in the West Bend School District, “Russell Holbrook announced his resignation which will go to the School Board on Monday, January 22, 2018. More information about the transition in leadership will be shared following the School Board meeting.”

The memo continued, “We appreciate the effort Russ Holbrook gave as he served in the role of Assistant Superintendent of Human Resources and Operations.”

Calls have been place to the district for more information about the reason behind the resignation.

Holbrook was hired after Chief Operating Officer Valley Elliehausen and Director of Accountability and Assessment Kurt Becker resigned in June 2017.  Elliehausen had been with the district since 1997.

The open H.R. position adds to the number of administrative positions the district has yet to fill.

Below is the note the district received when Holbrook was hired in August 2017. 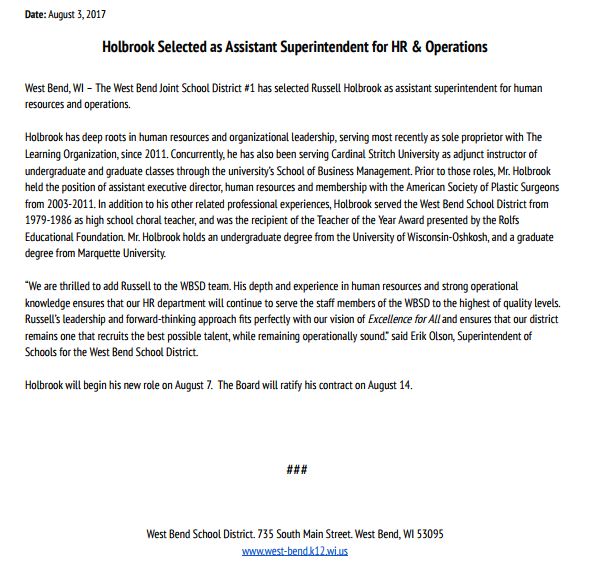