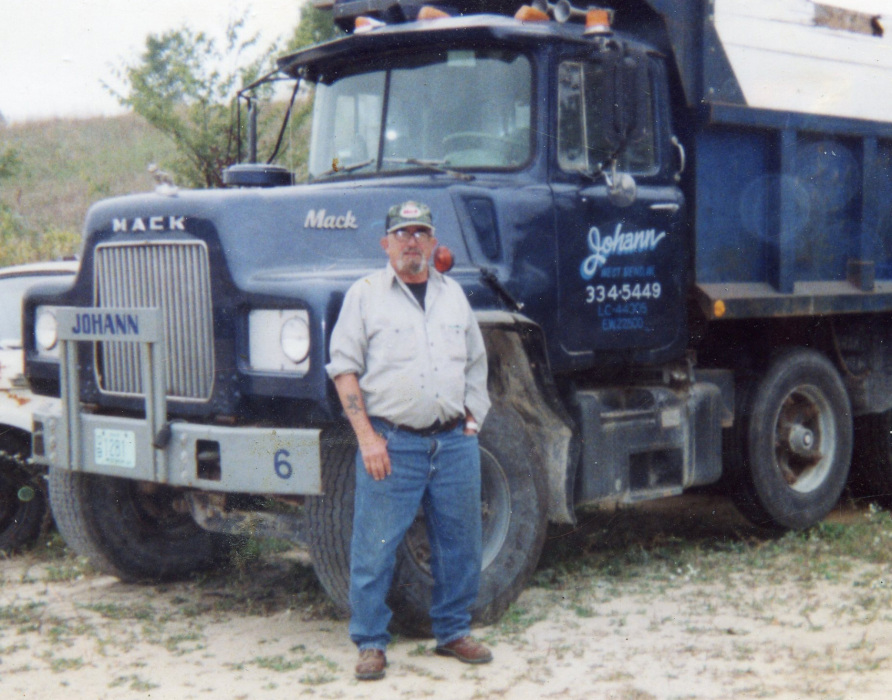 Ben was born on December 8, 1936 in West Bend to Ben and Viola Barr  (Knickelbein).  He was united in marriage to Caroline Riley on December 4, 1971 at St. John of God in Farmington.

Ben graduated from West Bend High School.  He served as a paratrooper in the United States Army.  Ben was owner/operator of Ben’s Excavating, and was a gravel truck driver for Johann Sand and Gravel, and West Bend Builders Supply.

Ben loved camping, his golf carts, bingo, watching his birds, spending time with grandchildren, and traveling to visit his family and friends.

Ben is further survived by nieces, nephews, other relatives and friends.

In addition to his parents, Ben was preceded in death by his daughter, Debra Lee; grandchildren, Brian Lee, Kent and Amber Baumgartner, and Benjamin; and sons-in-law, Kenneth Lee and Jamie Reseburg.

Ben’s family will greet relatives and friends at the funeral home on Tuesday from 11 a.m. until the time of service.

Special thanks and shout out to grandson, Cody Simon for his awesome strength and loving care during Grandpa’s final moments.

Please consider signing our online guest book (www.myrhum-patten.com) to share your condolences with the family.  Cards addressed to the family may be sent in care of: Myrhum – Patten Funeral and Cremation Service, 1315 W. Washington Street, West Bend, WI 53095.

Myrhum-Patten Funeral & Cremation Service has been entrusted with Ben’s arrangements.