August, 2021 – Kewaskum, WI – Dennis Crass, founder of the Biblical Creation group that meets monthly in Kewaskum, has announced the group is entering its 8th year and invites the general public to celebrate with them where he will also be the keynote speaker for the event.

Crass has been very active in creation versus evolution discussion for the past 20 years through the Creation Science Society of Milwaukee.

The Genesis Walk Museum, a brand new traveling educational museum headquartered in West Bend, will also make an appearance. The museum has been presenting biblical creation at numerous county fairs annually for the past 15 years using booths and has just this year built and launched the brand new traveling museum. 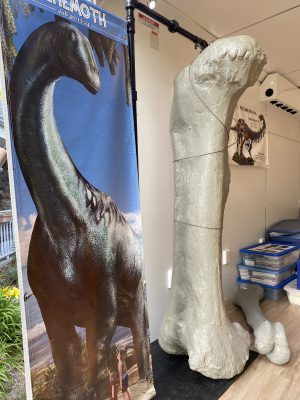 Crass has acquired vast knowledge on the subject of creation versus evolution which he loves to share. He has a large library of over 140 DVDs and many books on the subject that are available for borrowing.

The group will have a period of time for questions after the presentation along with refreshments. The Biblical Creation Group meets at 100 Clinton St., Kewaskum directly behind Citgo gas station (formerly Mobile) on Monday, August 9 at 6:30.