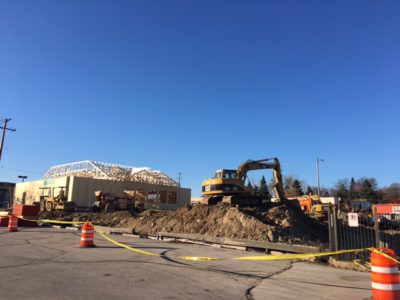 Nov. 16, 2016 – West Bend, WI – The construction of a new Mad Max/BP gas station in the 1200 block of S. Main Street in West Bend is turning heads. Rapid progress is being made on the new station and convenience store located just to the north of Taco Bell. 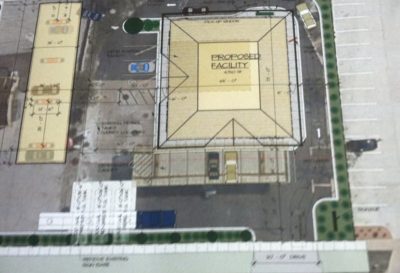 Plans call for reconfiguring the lot, razing the building, replacing the existing canopy and pumps, building a new convenience store and drive-thru and adding a total of 29 parking stalls. The former Clothes Clinic was also be razed.
Steve Magestro owns several gas stations in West Bend including the Shell station in Barton, the BP station on Silverbrook and the station on Highway 33 and Meadowbrook Drive.