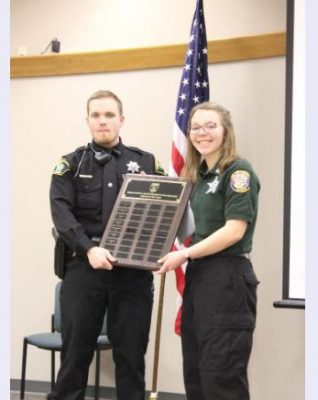 This event also commemorated the 10th anniversary of the Explorer post in Dodge County.

In February, 2008, then patrol deputy Dale Schmidt began the Explorer post in an effort to reach out to the youth of our community who had a desire to explore a career in law enforcement.

The Explorer post through the years has given youth and young adults leadership skills, problem-solving skills, opportunity to perform community service and insight into the law enforcement field.

Through those 10 years many Explorers have gone on to become law enforcement officers and correctional officers, not only in Dodge County but around the state of Wisconsin. Others were able to make career choices that allowed them to take the skills and abilities that they learned with them into those other career fields.

The Explorer of the year must show exemplary performance, leadership and participation in the post and as a result they are not only recognized but given a $200 scholarship from the Explorer post. 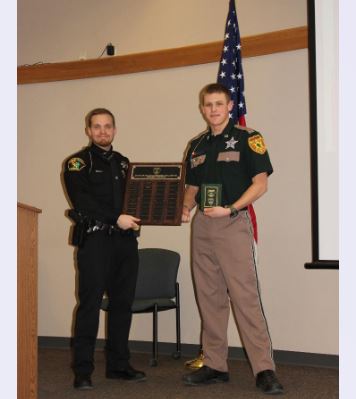 The 2017 Explorer of the Year is Easton Meier of Beaver Dam.

Congratulations to both Explorers on their accomplishments in 2017.