January 15, 2021 – Washington Co., WI – On a vote of 6 – 0 the Wisconsin Election Commission (WEC) cast a decision Friday afternoon, January 15, 2021 that Don Pridemore of Hartford would remain on the February 16, 2021 primary election ballot for State Senate District 13. 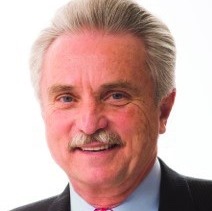 There had been a challenge made by Steven Hepp, received Monday, January 11, 2021, questioning Pridemore’s residence listed on his nomination paperwork.

The address is 459 Abbot Avenue, Hartford. That address is also the primary residence of Hartford Mayor Tim Michalak and his wife Annemarie.

Neither Hepp, who made the challenge, nor Pridemore appeared during the Zoom meeting.

After brief discussion the WEC quickly voted to dismiss the challenge.

There are six candidates running for State Senate District 13.

On a side note: WISN radio talk show host Mark Belling took up the State Senate Dist. 13 topic on Thursday and indicated he spoke with candidate John Jagler about the challenge to Pridemore. Belling asked Jagler if he had anything to do with the challenge and did not get a response.  Listen HERE – the meat of the topic starts at the 37-minute mark.

Previous articleVIDEO | The staff at 5 Corners Dodge and Isuzu Truck give thanks
Next articleFriday fish fry is January 15, 2021 at The Columbian