April 26, 2021 – West Bend, WI – Donald K. Vollan, 84, of West Bend, Wisconsin, a humble servant of The Lord, entered into the loving arms of his Lord and Savior, Jesus Christ, on April 22, 2021. He passed from this life into eternity peacefully, at his own home, in the comfort of his own bed, surrounded by his loving family. 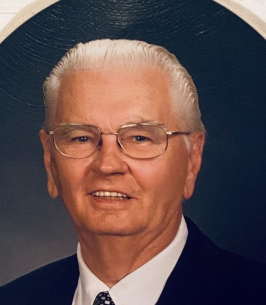 Psalm 100:4-5 (KJV)
4 Enter into his gates with thanksgiving, and into his courts with praise: be thankful unto him, and bless his name.
5 For the LORD is good; his mercy is everlasting; and his truth endureth to all generations.
1 Corinthians 2:9 (KJV)
9 But as it is written:
“Eye has not seen, nor ear heard, Nor have entered into the heart of man The things which God has prepared for those who love Him.”

Don was born the youngest of six children to John S. and Clara A. (Pederson) Vollan on November 3, 1936 in Sioux Falls, South Dakota. He grew up on the family farm and developed a love of music at a young age.

The Good Lord gave him a beautiful singing voice, and as a 12-year-old, he won the audition to join the renowned Columbus Boy Choir. He traveled (unaccompanied) by train from Sioux Falls, SD, to attend their camp in Chautauqua, New York, and performed at Carnegie Hall. His mother instilled in him a love for the Lord at an early age. He gave his life to the Lord and dedicated his gifts to serve Him through a ministry of music.

In 1954 Don graduated from Washington High School in Sioux Falls, SD, and received a choir scholarship to attend Augustana College in Sioux Falls, SD. He majored in music and performed in choirs as a soloist. He is remembered on campus and across the nation for his solo “Balm in Gilead,” sung with the Augustana College Choir. This song will be played at Don’s funeral. In 1958 Don graduated from Augustana with a B.A.

In the Augustana Choir, he met the love of this life, Alyce Zorba, whom he married at Eastside Lutheran Church in Sioux Falls on June 30, 1960. Don and Alyce began teaching music in the Sioux Falls School District. They went on to study at the University of Colorado–Boulder and The University of South Dakota–Vermillion, where Don received his Masters of Music in 1966.

Don then taught elementary-high school music in Parker, SD, taught graduate classes at Augustana, drove a school bus, and worked in construction for two years before receiving an offer to teach at The University of Wisconsin–Whitewater for a year while his professor friend, Dr. Robert Jennings, took a one-year sabbatical.

In 1969 Don went to visit his sister Berthine in West Bend, Wisconsin, stopped by the offices of Joint School District No. 1, inquired about the music position and was hired on the spot. He moved his wife and son, Greg, and daughter, Kristi, to West Bend in 1969. In 1978 his daughter Rebecca was born.

Don taught music in the West Bend Schools for 28 years (39 years overall) and also coached track at West Bend West High School. He was so proud his freshman team beat the Varsity! He was awarded the Rolfs Award for Outstanding Educator before retiring in 1997. Over the years he taught thousands of children and would always know their first and last names and their families. Whenever Don came across children in public, he always acknowledged and paid attention to them, making sure they felt recognized and important.

Don directed choir at Our Savior’s Lutheran in West Bend for over 30 years. He was a gifted conductor, director, soloist and musical genius. His choir performed with the Kettle Moraine Symphony Orchestra, and he performed the difficult Vaughn Williams solo when the scheduled soloist canceled at the last minute. Don was on the board of the symphony for several years. He performed at weddings, funerals, anniversaries, concerts, baptisms, church services and banquets, and performed duets with his son, Greg; his wife accompanied on the piano. His music touched many lives and was from the heart in the humble service of his Lord. Before conducting he put his hand on his heart to signal the choir to sing spiritually to the Lord, which he said was an offering laid on the altar of our Lord and Savior, Jesus Christ.

In 1997 Don and Alyce had the privilege of singing as guests in the choir of Coral Ridge Presbyterian Church in Ft. Lauderdale, Florida, under the direction of Dr. John Wilson, accompanied by organist Diane Bish. He met Pastor D. James Kennedy.

During his retirement Don enjoyed getting together at Sandy’s Barton Café with his “Breakfast Buddies” to have a bite to eat, a cup of coffee, and to shoot the breeze. Don had a wonderful wit, great sense of humor and marvelous vocabulary. He loved meeting people and socializing. He was warm, compassionate, outgoing and cherished these friends.

Don also served his country and his community as a member of the South Dakota Air National Guard and Air Force Reserves for six years from 1959 to 1965, being honorably discharged having achieved the rank of Staff Sergeant. He trained at Lackland Airforce Base and was on alert during the Cuban Missile Crisis.

Don was a member of Unity Lutheran Church in Brookfield and a friend of the congregation at St. Jacobi Congregational Church in Richfield. He loved being a lay assistant for communion in addition to singing the liturgy.

He was also a member of Gideons International. Don’s family extends special thanks to these faithful servants for the prayers that sustained him for many years.

Don is survived by his loving, dedicated wife of 60 years, Alyce A. (Zorba) Vollan, who cared for him selflessly and diligently during his life and especially during the past two-and-one-half years of his illness, his loyal and loving son, Greg E. Vollan, his loving and compassionate daughter Kristi K. Osborne and her husband, Shawn, his loving and caring daughter Rebecca A. Vollan, and his dear grandchildren John Thomas Osborne, River Osborne, Alyce Osborne and Joshua Don Osborne. Don is also survived by his loving big brother Clare O. Vollan and wife Carloyn, his goddaughter-niece Nancy Vollan, goddaughter-niece Annette Vollan-Kerber, niece Sandra Ommen, nephews Buddy Nelson, Jimmie Vollan, Richard Quaas, Leroy Vollan, Rodney Vollan and Brian Vollan, sisters-in-law Jeanette Morel and Anita Herbig and their families, and other nieces, nephews, relatives, and friends.

Don was preceded in death by his parents John S. and Clara Vollan, his brothers John M. Vollan and Curtis Vollan, and his sisters Ella Nelson and Berthine Quaas.

Don’s family would like to especially thank the many medical professionals who cared for him, including his friend Dr. Zoran Gajic, his surgeon Dr. Machhi and Dr. Patel. Thanks to Don’s special caregiver Lynn Jung for all of her help and to Allay Hospice nurses Chris and Linda and CNA Jennifer. Special thanks to Pastor John Horner-Ibler and Pastor Sherrie Lorbeck of Unity Lutheran and Mark and Tami Miller. Their support and prayers were a blessing through this rough journey. Sincere gratitude to Don and Alyce’s wonderful neighbors and lifelong friends Bob and Carol Heckenlaible and family, Mike and Jan Koehler, Scott and Denise Mader, and Carl Bassler for all they have done and continue to do, and to Jim and Faye Maersch and the honor guard.

We know Don is resting in the loving arms of Jesus and will be rejoicing in heaven for eternity.

Funeral Services for Don will be held at 1 p.m. on Thursday April 29 at the Phillip Funeral Home Chapel (1420 W Paradise Dr West Bend) with Rev. Sherrie Lorbeck presiding. Visitation will be at the funeral home on Thursday from 11:00am until 12:45pm. Military Honors will follow the service. Burial to follow at Washington County Memorial Park Cemetery.

In lieu of flowers, please consider making contributions in memory of Don to Gideons International or Unity Lutheran Church-Cross of Life campus in Brookfield, WI. 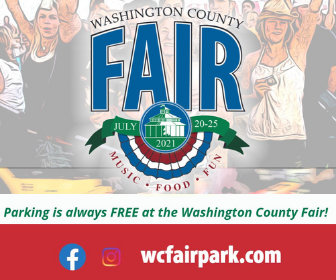