West Bend, WI – The Eagle Scout Court of Honor for Scouts BSA Troop 762 is Sunday, February 16 at St. Mary’s Immaculate Conception in Barton. Simon Weinandt is one of the scouts who will earn his Eagle Scout pin.

Weinandt has made a big impact in the community. 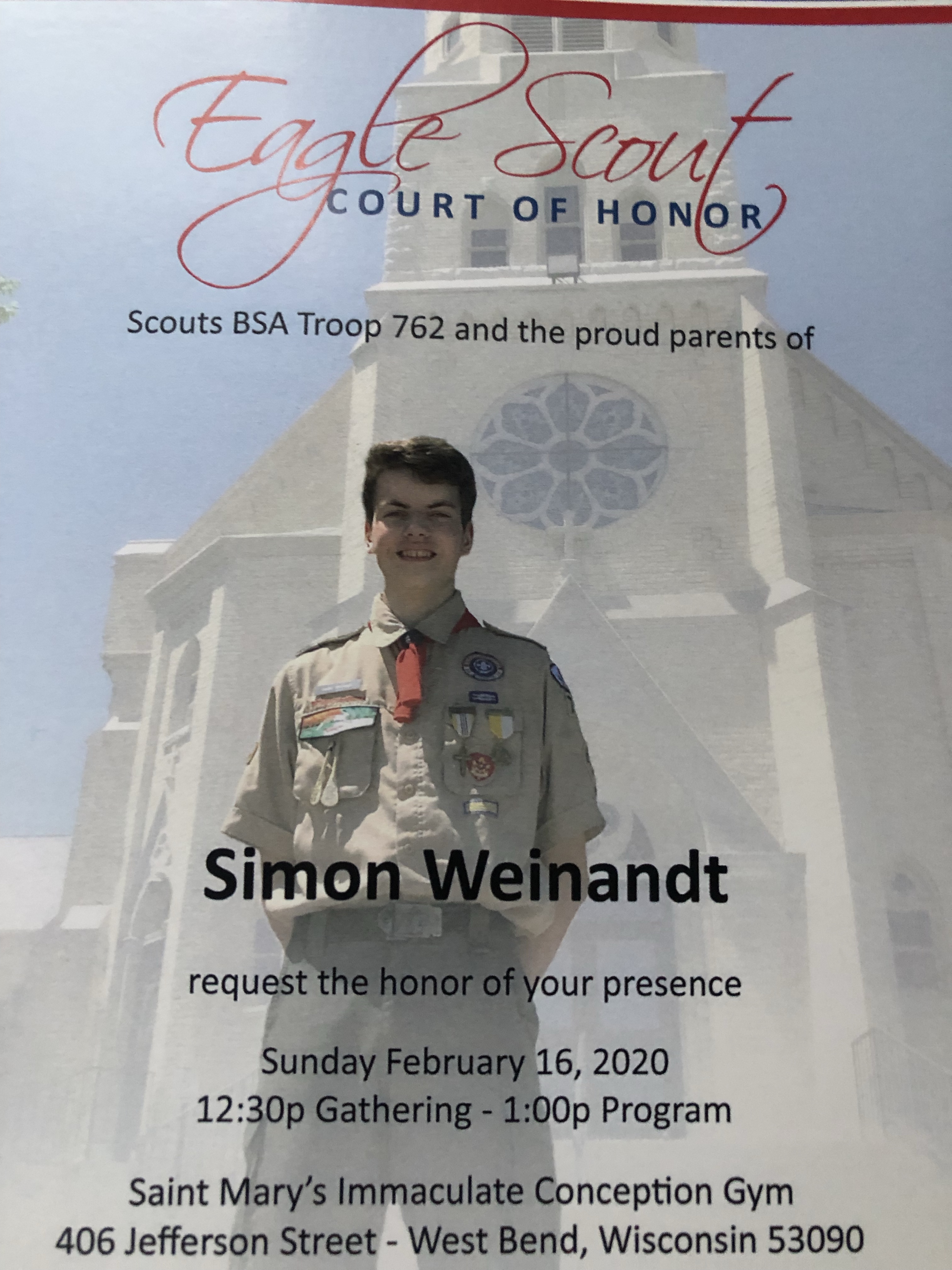 It was late fall 2019 when an Eagle Scout project completed by Simon Weinandt, 18, with Scout Troop No. 762 in West Bend received a special blessing in the park across from St. Mary’s Immaculate Conception Parish in Barton.

Following a reading from the First Letter of the Apostle Peter, Rev. Infanger prayed a blessing over the Stations of the Cross.

“Oh God, Your son was delivered up to death and raised from the dead in order that we might die to sin and live lives of holiness. By the favor of Your blessing draw near with mercy to Your faithful people who devoutly recall the mysteries of Christ’s passion. Grant that those who follow His footsteps and bearing their cross patiently may receive as their reward the vision of Christ in His glory. For He lives and reins with You for ever and ever.”

Rev. Infanger then blessed the Stations with holy water and incense.

After the ceremony Weinandt, 18, received compliments about the “beauty of the completed project” and “you should be proud.”

“I built the Stations of the Cross at St. Mary’s and it’s been a lot of work,” he said. The 14 Stations feature a stone base, a large wooden cross and a series of bronze images “portraying events in the Passion of Christ from his condemnation by Pontius Pilate to his entombment.”

“The most challenging part was not at all in the building, but it was in the planning,” said Weinandt. “People are eager for it to be used.”

A scout since he was 6 years old, Weinandt sports a tan sash crowded with 48 merit badges. “Wilderness survival is probably the one I’m most proud of,” he said. “I got that in my first year in scouts and it was one I really wanted because you have to build your own shelter in the woods and start fires.”

Chess and music making are two other merit badges that rank high on his list of accomplishments. Earning the highest rank of Eagle Scout was also one of his goals. “There’s a saying that only two-percent of people make it to Eagle Scout,” Weinandt said. “But I had a standard that was set by my dad, brother Spencer, uncle and cousin; they all achieved it and I wanted to too.”

Weinandt will be attending tech college in Red Wing, Minnesota where he will study to be a luthier; a maker of string instruments like violin, bass, and cello.

“This field brings together my love for music as well as my need to do something with my hands,” he said.