Lutz has served as the Executive Director of the History Center for the last nine years. In that time she has worked tirelessly to ensure the collections, artifacts and buildings of the Old Courthouse Museum, Sheriff’s Residence/Jail and St. Agnes Historical Sites were preserved to tell the story of Washington County to future generations.

“I’ve enjoyed working here and another opportunity came along and I decided to go ahead and take it,” Lutz said.

The Board of Directors thank Patricia for her efforts and wish her well in her new position with the Luxembourg American Cultural Society and Center.

“I’m still in the area,” she said. The Luxembourg American Cultural Society is in Belgium, just north of Port Washington.

Lutz said she thought the buildings on the History Center campus were exceptional. “The community has great members and volunteers who were game to try new things,” she said.

Lutz was the force behind the Freddy the Fish story line and fundraiser. 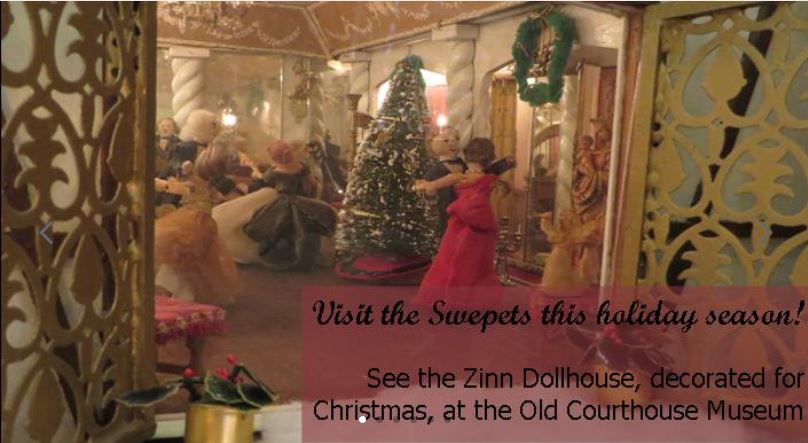 “The acquisition of the Zinn Dollhouse is one of my favorites and I’m happy we were able to keep it in the community and on display,” she said.

Questioned whether the loss of county funding played a part in her decision to leave, Lutz said it did not. “We have a very good plan and the county is being supportive so it’s not like several years ago when it seemed more daunting but we’ve had great conversations with the county and it’s not like it’s going to be a freefall for the organization and there’s a lot of support,” she said. “Our board is working on some great ideas and plans to raise funds and I don’t see this as the end of the organization at all.

“This is a treasure for any community and I’ve worked a lot of different places and they don’t have a building or a museum like this,” she said. “The History Center and the building are something to be cherished.”

The final day for Lutz will be November 15.

In the interim, daily business matters will be handled by existing staff with assistance from the Board of Directors.